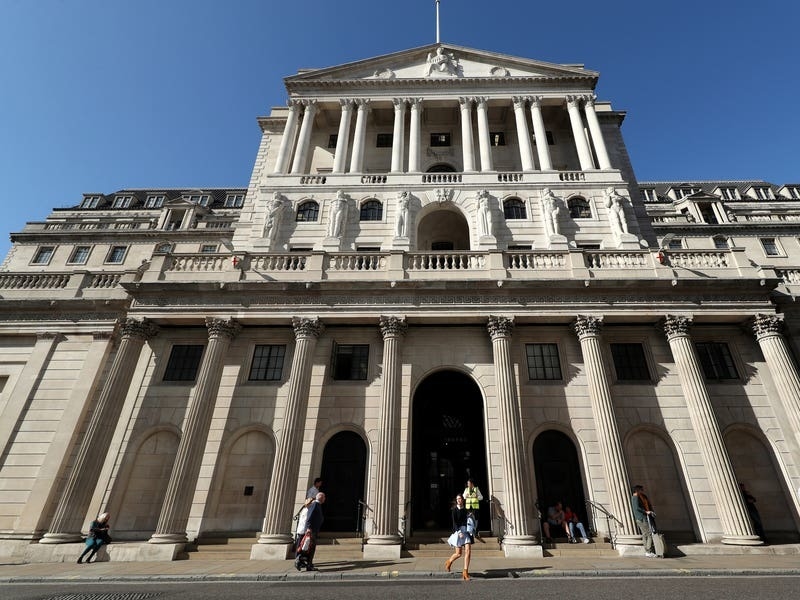 The Bank of England has announced it will hike interest rates to their highest in more than 13 years and indicated it believes the economy is already in recession.

The central bank had previously projected the economy would grow in the current financial quarter but said it now believes Gross Domestic Product (GDP) will fall 0.1%.

A technical recession is when the economy shrinks for two quarters in a row.

The Bank’s Monetary Policy Committee (MPC) decided to raise rates to 2.25% – their highest since December 2008 – from 1.75%, in an effort to grapple big increases in the cost of living.

In committee minutes, it said the “tight labour with wage growth and domestic inflation” above targets called for a “forceful response”.

The MPC came to the decision after five members of the nine-strong board voted for the 0.5 percentage point increase, including Governor of the Bank Andrew Bailey.

The decision to lift rates is a bid to keep inflation under control. It is the best tool that the Bank of England has to steer inflation – currently at 9.9% – back to its 2% target.

In the September meeting, the MPC also said inflation is now not due to soar as high as previously expected after Government announced plans to freeze energy prices for households earlier this month.

Nevertheless, members of the MPC said the Energy Price Gaurantee will provide support to households but “would add to demand pressure” and could result in sustained inflation at high levels.

In its previous meeting in August, the Bank of England warned that inflation was likely to peak at 13.3% and the country would witness five consecutive quarters of recession.

However, the Bank’s MPC has witnessed a hectic political period in the seven weeks since last meeting which has seen Liz Truss appointed Prime Minister, with her new Government revealing energy support for consumers and businesses.

Chancellor of the Exchequer Kwasi Kwarteng is also due to announce new fiscal measures, dubbed the Growth Plan, on Friday. The Bank said it will consider the impact of this plan at its next MPC meeting.

The Bank also voted unanimously to reduce quantitative easing by £80 billion over the next 12 months to £758 billion.

The MPC was originally set to announce its decision on Thursday September 15, but delayed this for a week due to the Queen’s death.

Downing Street declined to comment on the Bank of England’s decision to raise the interest base rate.

A Number 10 spokeswoman said: “That is obviously a matter for the independent Bank of England.

“I would point you to the support that we’ve set out to help people with the cost of living, which we know is a concern for families and businesses across the country.

“I’d point you to the support that we’re providing and the immediate assistance we’ve provided for energy bills in particular.”