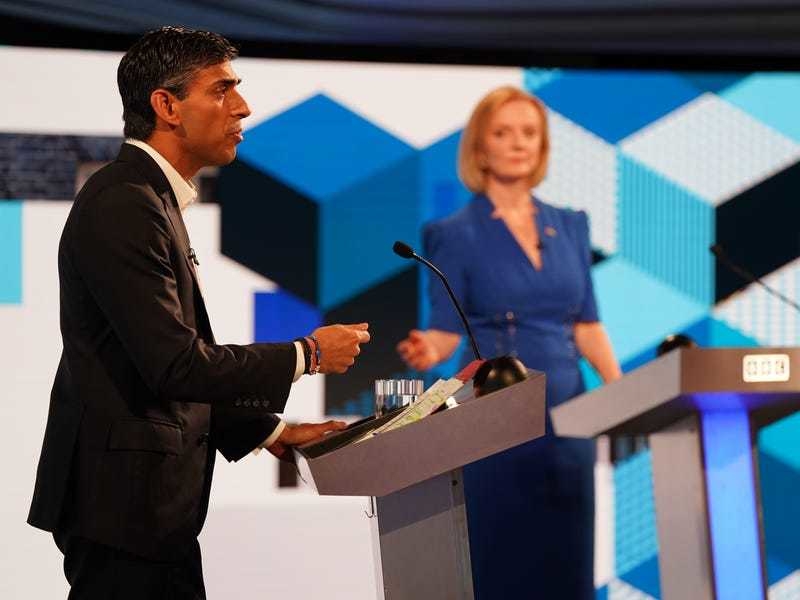 The two Tory leadership candidates have faced calls to tackle the cost-of-living crisis urgently, as questions were asked about Boris Johnson’s second holiday in as many weeks.

Frontrunner Liz Truss and rival Rishi Sunak have been urged to more than double the level of Government support to low-income families to avert a “catastrophe” over the winter.

It came as Sir Keir Starmer unveiled Labour’s £29 billion plan that would freeze the energy price cap at its current level of £1,971 for six months from October, with the aim of saving the average household £1,000.

In the letter, co-ordinated by the Joseph Rowntree Foundation (JRF), they warned soaring energy bills mean many low-income households are already facing a choice between skipping meals or not heating their homes properly, and the situation is set to get worse.

“Many of our organisations work directly with these families and are becoming overwhelmed, too often unable to provide the support so desperately needed,” the letter said.

“This situation cannot be allowed to continue.

“As the prospective leaders of this country, we urge you to act now to demonstrate the compassion and leadership needed to tackle this issue head on.”

The Prime Minister’s official spokesman on Monday ruled out any plans in Downing Street to co-ordinate a fresh response with the two candidates to the cost-of-living crisis, stressing that the Johnson administration would not be introducing any new fiscal measures in its final few weeks.

Sir Keir attacked the Tory leadership contenders, accusing the pair of lacking any “credible proposals” to tackle the energy crisis.

The Labour leader said that Ms Truss and Mr Sunak had “engaged in an internal battle”, adding: “Their main argument seems to be that their record in Government has been so awful that you ought to vote for one or other of them. It’s very unusual for a Government to be trashing its own record whilst it is still in Government.”

He also said: “On the cost-of-living crisis they’re not saying anything meaningful. We put out a fully costed, comprehensive plan and that answers the question ‘what are you going to do for households this autumn when those prices go up?’

“He last week acknowledged there’s a real problem with energy prices going up and then said almost in the same breath ‘But I’m not going to do anything about it, that’s for somebody else in the future’. It’s just not good enough.”

It comes as Mr Johnson faced questions about his decision to take another holiday, reportedly in Greece, as the UK faces a winter of economic uncertainty.

His official spokesman told reporters that Mr Johnson had paid for his own holiday and would be kept informed of any pressing Government business while away, being available for any “urgent decisions”.

“As is the way with prime ministers as you know by virtue of their role they’ll obviously be kept informed on any urgent issues and make decisions particularly those (related to) national security for example,” he said.