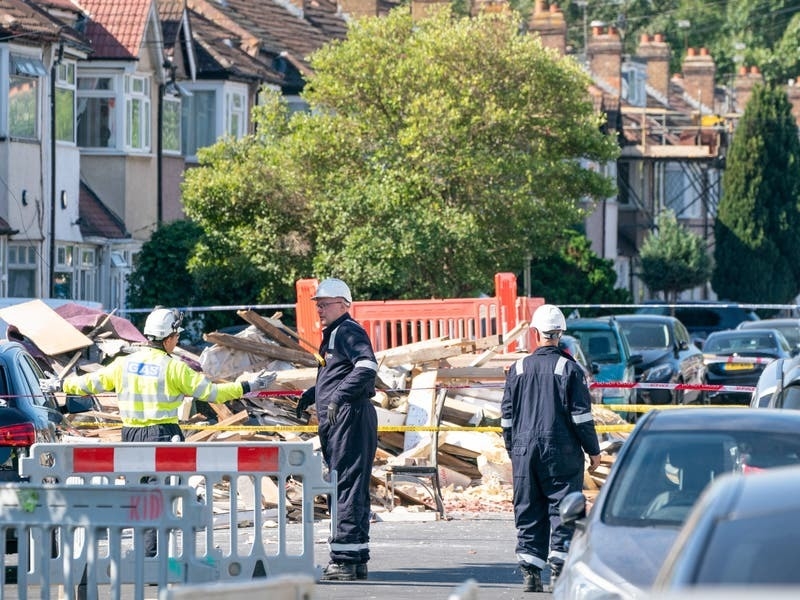 Residents of a south London street where a suspected gas explosion killed a child seven days ago are angry that they still have not been told when they can return, with many unable to access medicine.

Four-year-old Sahara Salman died after a terraced house collapsed on Galpin’s Road, Thornton Heath, in the borough of Merton, shortly after 7am on Monday, and three other people were seriously injured.

On Friday morning, Merton Council told more than 500 evacuees they could return home, after Southern Gas Networks (SGN) declared the area “gas safe” – meaning there were no residual fumes.

But at around 6.30pm on Friday evening SGN said that the leak was not sealed and this was still the case at midday on Monday, according to the council.

He was hailed by neighbours as a “hero” alongside Delroy Simms, 62, after they helped three children escape the aftermath, and both have been living in hotels since.

Mr Kukanda first spoke with the PA news agency moments after the explosion, while still dressed in his pyjamas and baring a fresh bruise on his shin where he had been struck by a falling brick.

Speaking one week later, Mr Kukanda said: “Before, they (the council) said we are going back home at the weekend, but they changed it.

“We don’t know when we are going to go back to our houses.

“I’m feeling not so good because it’s a lot of worry for me, my leg and back are in a lot of pain.”

“No one has told us when we can go back or if we can pop in and get our personal belongings,” he told PA.

“I’m thankful for the roof over our heads, but it’s not home.”

Mr Simms’ son, Tristan, 31, who was also evacuated, told PA that he was worried about an elderly resident housed in the same hotel as them who seemed to be suffering with dementia.

He said: “He has been confused – he comes down every day and asks what’s going on.

“We, as residents, have to make sure he’s okay. He hasn’t unpacked his bags.

Speaking from the Hilton hotel in Croydon where she has been temporarily re-homed, she said: “I’m really angry. I just want to go home. They should have treated us a lot better.

“There’s an elderly woman in the hotel and she’s having to go up and down to the community centre every day to collect her money.”

“We have collected and are caring for all pets who we have been notified about, and they are all in loving temporary homes until you can collect them and go home.

“We have started to go in and collect your bins, so that when you go home it is clean.

“We will also be providing cleaners to help you at home when you go back.”

The Metropolitan Police’s Specialist Crime Command has launched a criminal investigation into the blast.

Those injured in the incident include an 11-year-old boy and a 54-year-old woman.