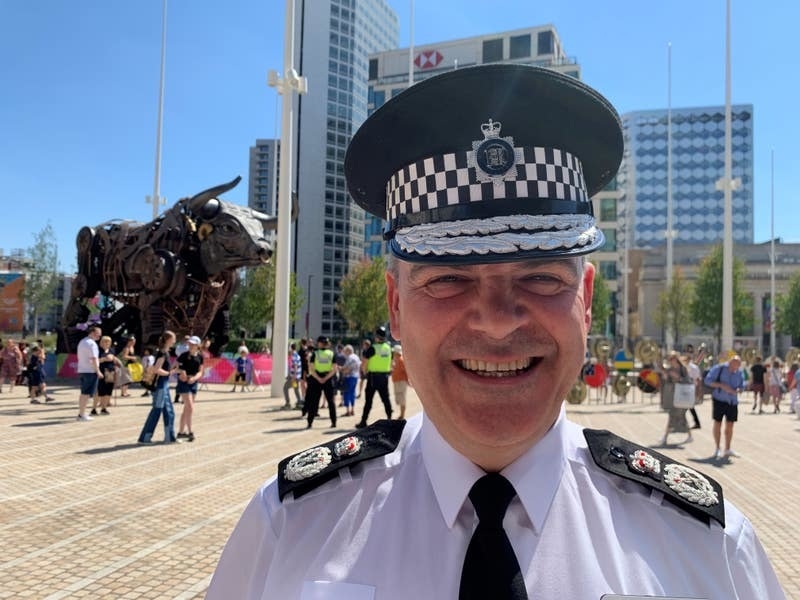 The Birmingham Commonwealth Games will mark the “start of great things” for a “rebranded” West Midlands, the region’s outgoing chief constable has said.

Sir David Thompson said the “tremendous success” of the 11-day competition would give the same boost to the city’s image as it did Manchester’s, which hosted the games in 2002.

Mr Thompson, an avowed “Mancunian” who commanded the policing operation for the Manchester games two decades ago, said after working for more than 10 years in the Midlands: “I love Birmingham quite a bit more than Manchester now.”

“We have in 11 days, as a region and as a city, completely rebranded how people see the place,” he added.

“What more could we have wanted to achieve.”

The Conservative Party Conference is coming to Birmingham in October – he said that would be “an interesting event to police”.

But he reflected on how his retirement was postponed from earlier this year so he could oversee the policing of the Games.

“Actually that’s what everybody has enjoyed about working this operation, the public have shown how much they appreciate the police… it’s been good to experience that.”

The Games had also been a logistical success, with officers from forces from Jersey to Police Scotland “and everywhere in between” deployed to provide security.

“On our busiest day we deployed on the ground, 3,000 cops – which would equate to the tenth biggest police force in the country,” he added.

“It’s a massive logistical exercise to come together and I’ve got to say it’s gone brilliantly well.”

Such has been the scale of the planning, officials from the 2024 Paris Olympic Games and the World Cup, being held in Qatar later this year, visited in advance of the Games to take notes, added the chief constable.

Sir David, speaking in Birmingham’s Centenary Square – temporary home to the mechanical bull which took centre stage at the opening ceremony and is now drawing visitors of its own – said the Games “was the region’s opportunity to shine a bright light on what an amazing place it is”.

“I spent 12 years here, I absolutely love the place – as a Mancunian I’ve got to say I love Birmingham quite a bit more than Manchester now,” he added.

“We’ve had an amazing City of Culture, which has been great for Coventry.

“The Games have been great for Birmingham and the broader region and I so wanted that to happen in my time.

“I think it is the start of great things for the region, I really do.

Asked about his future, he said: “It’s an exciting and interesting time, it’s the right time for a new chief.