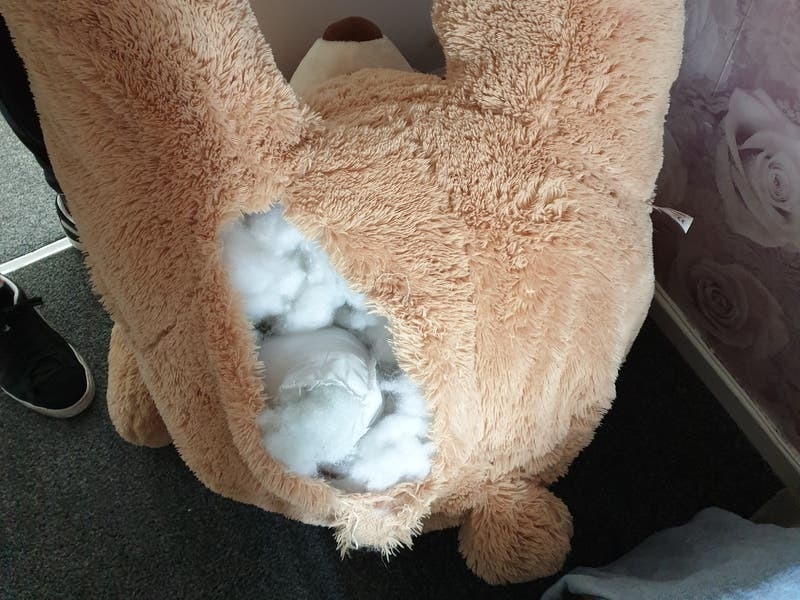 A car thief who hid inside a giant teddy bear has been jailed for nine months.

Joshua Dobson, 18, from Spotland, Rochdale, was wanted by police for stealing a car and not paying for fuel.

Officers searched for him at an address in Rochdale.

Dobson was nowhere to be seen, until the officers noticed that a large teddy bear was breathing.

When they opened it up, they found the teenager hiding inside.

In a statement on Facebook, GMP Rochdale said that Dobson had been “stuffed behind bars”.

“He’s now stuffed behind bars after being sentenced last week for theft of a motor vehicle, driving while disqualified, and making off from a petrol station without payment,” the force said.

“Hopefully he has a bearable time inside…”