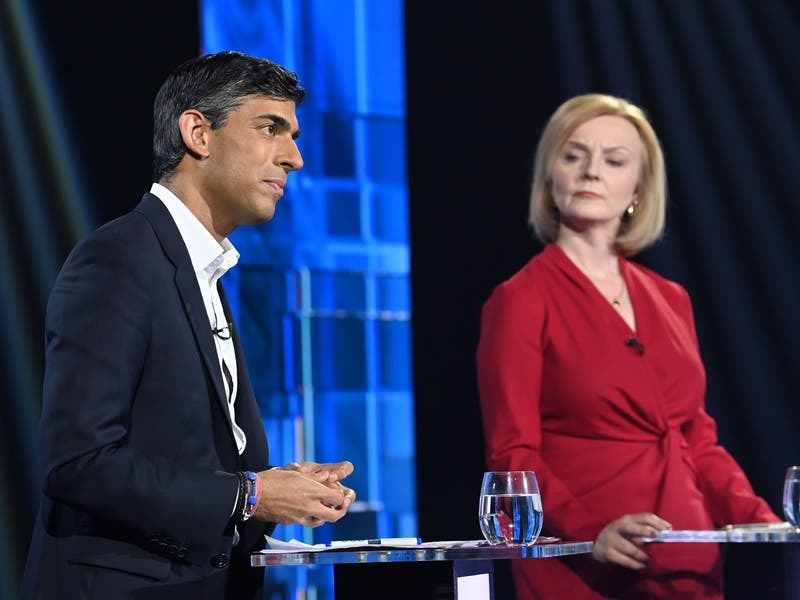 Conservative voters want Rishi Sunak and Liz Truss to focus on the cost of living and immigration as they bid for the support of the party membership, a poll has found.

The survey carried out by Ipsos found almost two-thirds of people who voted Conservative in 2019 said the two leadership candidates should be talking about the cost of living, while 53% said they should prioritise immigration and border security.

Although arguments about tax cuts have dominated the leadership contest so far, only 34% of Tory voters said the candidates should focus on the levels of taxation they would set. Economic growth, public services and tackling crime all polled higher.

But the survey of nearly 1,100 British adults, carried out between July 15 and 20, found the wider public had slightly different priorities.

Both the general public and Tory voters listed transgender issues as the lowest priority, mentioned by 6% and 7% respectively.

In terms of public approval of the two candidates, there was little to choose between them.

However, Mr Sunak’s popularity with Tory voters has crashed over the last month, falling 12 points following his resignation from Boris Johnson’s Cabinet, while the number saying they have an unfavourable opinion of him has soared 19 points to 41%.

Ms Truss, on the other hand, has seen a slight increase in favourability among Tory voters since June and only 25% say they have an unfavourable opinion of her. This contrasts with her popularity among the general public, which has declined since May.

Keiran Pedley, director of politics at Ipsos, said: “Neither Rishi Sunak nor Liz Truss start from a strong position in terms of public favourability scores and so whichever candidate wins will need to deliver quickly to recover the Conservatives’ challenging current political situation.

“Both have seen a trend of decline in their ratings, although this is more noticeable for Rishi Sunak.”