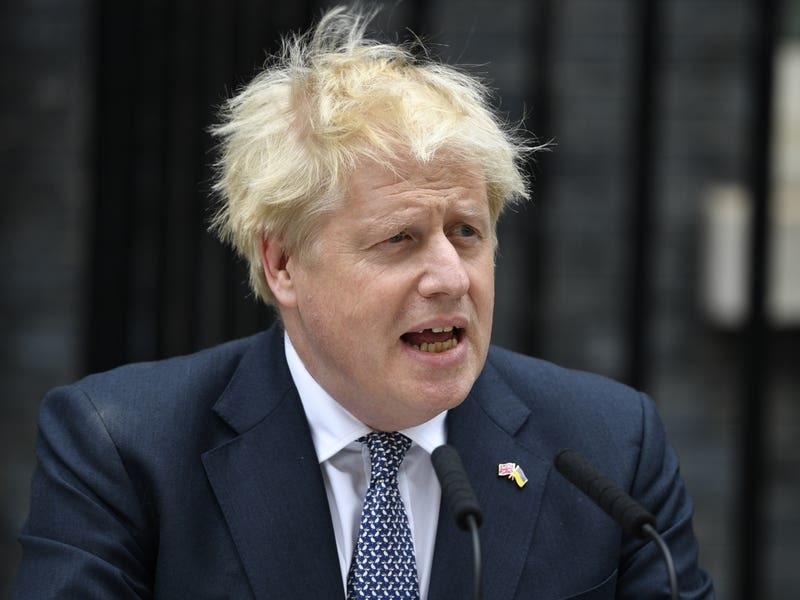 Boris Johnson left little doubt that he believes his Cabinet colleagues and Tory critics have made a big error in pushing him out of No 10.

Operation Save Big Dog may have ultimately failed, but the Prime Minister was still prepared to snarl at those who took the “eccentric” decision to force him out.

He blamed the “herd instinct” at Westminster and suggested that removing him from office was an affront to the millions of voters who gave him the landslide election victory in 2019.

But long before the lectern was placed outside the door of No 10, it was clear that the colourful, chaotic, controversial Johnson era was drawing to a close.

The mass exodus of more than 50 MPs quitting government and party posts ranging from Chancellor of the Exchequer to trade envoy to Angola was impossible to survive.

“It is clearly now the will of the parliamentary Conservative Party that there should be a new leader of that party and therefore a new prime minister,” Mr Johnson said.

He highlighted his biggest political achievement – “the millions of people who voted for us in 2019, many of them voting Conservative for the first time” – and said that was “the reason I have fought so hard in the last few days to continue to deliver that mandate in person”.

“I felt it was my job, my duty, my obligation to you to continue to do what we promised in 2019,” he said in a direct message to the public.

Allies of the Prime Minister have warned that no other Tory leader will be able to win the next election, with a No 10 source claiming a “coalition of chaos” between Labour, the Liberal Democrats and SNP will emerge.

The Prime Minister had rejected efforts by Cabinet ministers on Wednesday to persuade him the parliamentary arithmetic meant he was finished as PM after MPs withdrew support.

“I regret not to have been successful in those arguments and of course it’s painful not to be able to see through so many ideas and projects myself.

“But as we’ve seen at Westminster, the herd instinct is powerful and when the herd moves, it moves.”

Despite the obvious bitterness at how his term in office had ended, off the back of the Chris Pincher sleaze row and with questions about his judgment, he said he was “immensely proud” of his record.

And as a veteran of the occasionally brutal world of Westminster politics he acknowledged that “no-one is remotely indispensable” and “them’s the breaks”.