New Chancellor Nadhim Zahawi made his mark as vaccines minister 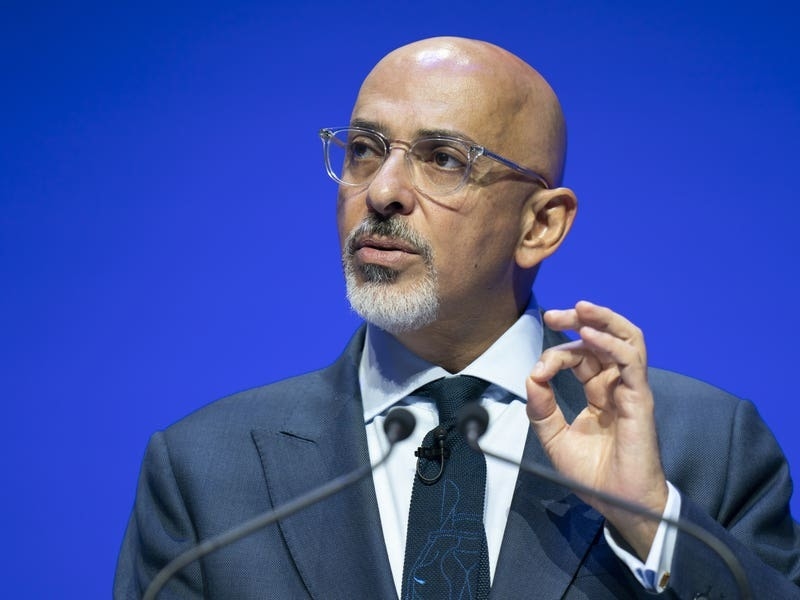 Nadhim Zahawi, the new Chancellor, first rose to prominence as the man who helped lead the vaccine roll-out during the coronavirus pandemic.

Most recently the Education Secretary, he had early success as the vaccines minister, helping to lead the Government’s vaccine programme following his appointment in November 2020.

Appointed Chancellor hours after the resignation of Rishi Sunak, Mr Zahawi will now take on one of the biggest jobs in Government serving the embattled Prime Minister amid the worst cost-of-living crisis in a generation.

He will also be charged with putting together a crucial autumn Budget as inflation bites.

Born in Iraq to a Kurdish family, Mr Zahawi came to the UK as a nine-year-old when his parents fled the regime of Saddam Hussein.

Believed to be one of the richest politicians in the House of Commons, he helped found polling company YouGov after studying chemical engineering at University College London.

He has often said that his own personal backstory has deeply influenced his view of Britain and he recently spoke of the debt he owed poet Philip Larkin as he improved his English as a teenager.

Seen as a “safe pair of hands”, he came to the Education Secretary role following the sacking of Gavin Williamson, who had become deeply unpopular with the public over the exams fiasco during the Covid-19 pandemic.

His tenure in the role has not been without difficulty and in recent weeks he had been attempting to see off potential strike action by teachers, which he has labelled “unforgivable” months after children returned to school following the disruption of the pandemic.

Mr Zahawi became a junior education minister under Theresa May, but his loyalty to Boris Johnson has never seriously wavered.

Labour’s Rachel Reeves, who the new Chancellor will face at the dispatch box, said that the country needed leaders who act in the public interest.

“It’s clear that the Prime Minister and Chancellor are only acting in theirs,” she said.

A Stratford-on-Avon MP since 2010, Mr Zahawi has often made much of his most famous constituent – William Shakespeare.

On Tuesday night, in taking the Chancellor role, he had decided to try to save Mr Johnson from a comedy of errors.