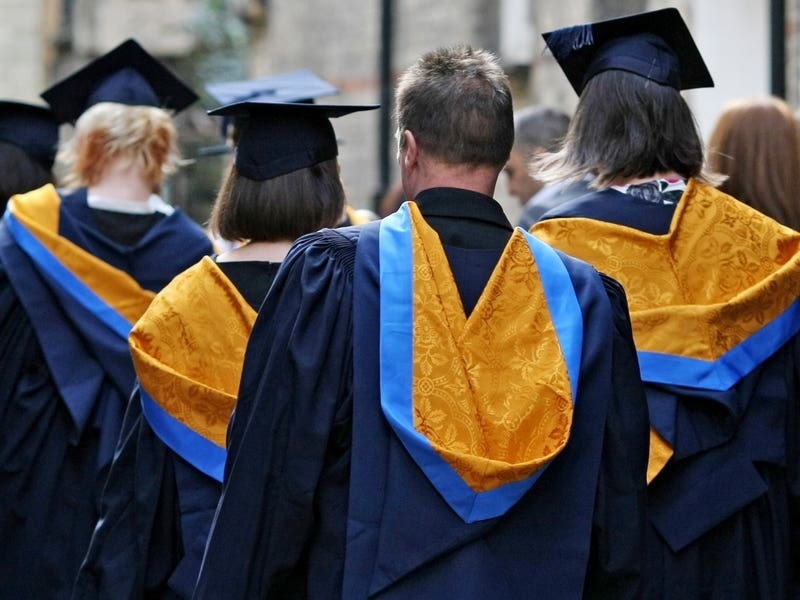 Adverts for university courses must include information on dropout rates and the proportion of students who go on to graduate jobs or further study, to avoid students being trapped on “dead-end courses”, the Government has said.

Under new guidance published on Friday, universities will have to include comparable data on the proportion of students who drop out in their adverts, as well as the likelihood of going on to a graduate job or further study after finishing the course.

Higher and further education minister Michelle Donelan said the move would give students clarity about what universities are offering them, especially for pupils who are the “first-in-family” to do a degree.

She added that “bold university advertising”, which often promised students a “high-quality experience even when the statistics suggest they will be stuck on a dead-end course”, did not make it easier for students to make a decision about where to apply.

“I have therefore produced guidance to ensure that just as every advert for a loan or credit card must include basic information like the APR, every university advert should include comparable data on drop-out rates and the progression rate of students into graduate jobs or further study,” she said.

“Prospective students deserve clarity and honesty and I will not hesitate to ensure they get it. Quality, transparency and fair access are my priorities and this guidance will help students to make the right decision for themselves and for their future.”

Speaking to the PA news agency, she added: “This is about giving students the information to make informed choices, and two of the key things that students always say to me is that they expect to get the support to be able to stand a really good chance to complete their degree and get that qualification, and secondly that they expect that degree will get them somewhere that they wouldn’t have got without it.

“The area that I grew up in, those that did go to university, the vast majority of them were first in family, like me, and they didn’t have those support networks or those people around them that had been and knew which universities were particularly good,” she said, adding that students then either had to spend a long time researching courses themselves or make a decision that they later regretted.

“It levels the playing field I think for those students that are perhaps the first in their family to go to university,” she said.

“I don’t think there is a great deal of concern about arts and humanities (courses) that’s founded on any kind of actual credible reasoning. I myself am a history and politics student and a massive fan of the humanities and the arts, and we know the value that the arts plays for our economy as well as people’s lives and culture,” she said.

Sheffield Hallam’s English course had strong progression rates for its students and would have not met the criteria for the crackdown on “low value” courses, she said, adding that the link was “fake news”.

The Government said that the latest data showed that fewer than six in 10 students would make the same choice of university or course if they could make the decision again.

Writing in The Times, she said: “Their English department’s outcomes are well above these minimum thresholds – as is the case for most English courses.

“In fact, the Vice-Chancellor has assured me that our quality proposals have nothing do with this decision, and that instead the course is being refreshed as part of a broader English Degree in order to provide students the opportunity to study language, literature and writing in a single degree.”

Dr Mary Peace, a lecturer in English literature at Sheffield Hallam, described the cuts in arts and humanities degrees at post-1992 institutions as “cultural vandalism”.

Writing on social media, she said: “What kind of society will we have if there is no place for people from all social classes and backgrounds to have the chance to read and think (or to work in a bar for two years while they try to write a novel) before they have to make themselves compliant with the workplace?”