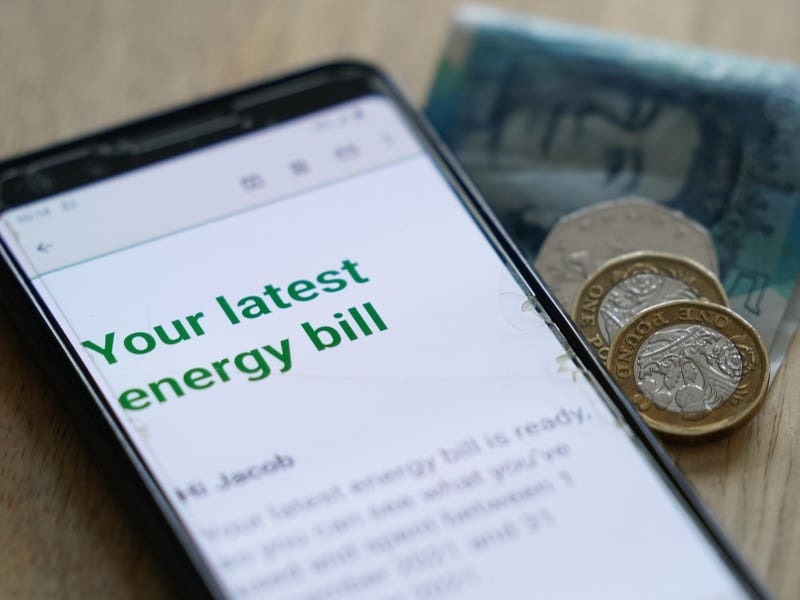 The charity is calling on companies to urgently improve their customer service and ensure staff are able to support customers who are struggling, warning that standards would only worsen from October, when bills are expected to rise again, without swift action.

It found customer service standards have “plummeted” since June last year, when many energy firms went under in quick succession and millions of customers found themselves shifted to new suppliers.

The highest score is now just 3.6 stars, compared with 3.85 in the previous quarter and 4.65 at the same time last year.

The watchdog warned the decline coincided with customers finding themselves desperate for support with soaring bills, with its own helpline handling more than 70,000 cases related to energy issues between January and March – a 63% increase on the same period last year.

Energy suppliers are obliged to help people who cannot afford their bills, but Citizens Advice warned they had struggled to cope with increased demand over the past year.

The charity said it was particularly worried about people on prepayment meters, who are at risk of having no gas or electricity if they cannot afford to top up.

The average time to wait on the phone to speak to an energy supplier is now around six and a half minutes (391 seconds), compared with just under four minutes (224 seconds) last June.

Citizens Advice chief executive Clare Moriarty said: “At a time when customers need all the support they can get, it’s worrying to see service performance is the worst on record. This leaves people frustrated and in the dark at the end of the phone.

“For many families on low incomes, life will get even harder when the price cap goes up again in October, despite government support.

“We recognise call centre staff are working incredibly hard to answer as many calls as possible, but energy companies must do better. This should include improving support services for people struggling the most. Ofgem should make sure suppliers are following the rules, and take action where needed.”

Ofgem said it was working with suppliers to improve service, adding that “now is the time for them to up their game”.

A spokesman for the energy watchdog said: “Our top priority is to protect consumers, and as these stats from Citizens Advice show, there are areas where customers are simply not getting the service they desperately need and rightly expect in these very difficult times.”

He added: “We are clear with suppliers – they must not use the current gas crisis as an excuse for poor performance or sharp practices; now is the time for them to up their game on how they support customers.”