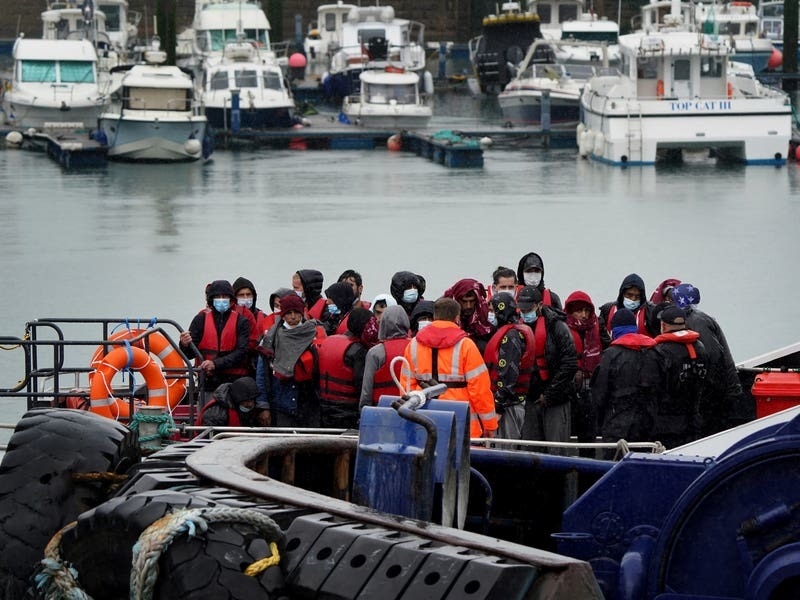 Women and children were among 269 people who made the latest crossings to the UK in small boats.

Six boats were intercepted by UK authorities crossing the English Channel on Wednesday, with Border Force and RNLI vessels bringing the migrants ashore at Dover and Dungeness in Kent.

The measures, which received royal assent in April, include tougher penalties for those who pilot a small boat or smuggle migrants into the UK by other dangerous or illegal means, with a maximum sentence of life imprisonment.

The maximum penalty for illegally entering the UK or overstaying a visa has increased from six months to four years in prison, with other measures in place over asylum applications and new powers for authorities to search vessels for migrants.