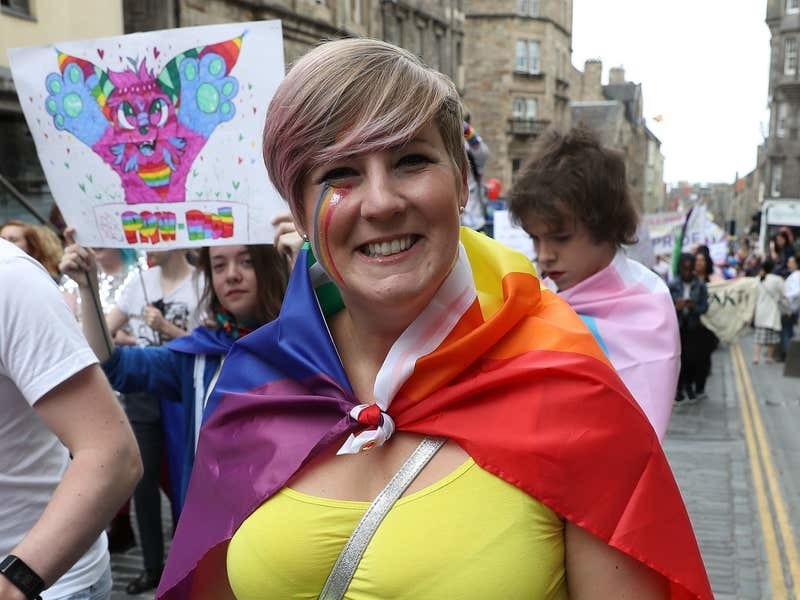 An MP has revealed she called the police after being abused for holding hands with their same-sex partner.

The SNP’s Hannah Bardell, who described herself as an “openly proud lesbian”, told the Commons how being targeted for simply holding hands with same-sex partners is “the reality that many of us have faced”.

She revealed how, in once instance, she had to report the abuse she received to the police.

The Livingston MP’s comments came during a backbench debate on 50 years of Pride in the UK in the lower chamber, which saw parliamentarians across the political spectrum share their experiences and celebrate the LGBTQ+ community.

He also revealed himself to be a fan of Heartstopper, the Netflix teen drama series focusing on a young love story between two teenage boys.

Meanwhile, Conservative MP Elliot Colburn warned his whips that he would be voting for an amendment to make the conversion practices bill trans-inclusive if ministers do not change the proposed legislation themselves.

In her speech, Ms Bardell pointed to how it is still illegal to be LGBTQ in 71 countries, adding: “I am illegal in 71 countries. And in 11 of those countries, the death penalty still exists for same-sex consensual activities.”

Intervening, Conservative MP Kieran Mullan (Crewe and Nantwich) said her remarks highlighted the “extreme circumstances” that people go through in other countries.

He went on: “But one of the tests I think we often ask ourselves is: would every gay person on a late night out surrounded by drunk crowds of people feel confident to hold the hand of their partner.

“I’m not sure they would actually. I think even in this country there is a lot we can still do when it comes to issues like that.”

Ms Bardell replied: “I absolutely agree with him. You know, I’ve had experiences myself that I’ve had to report to the police just from holding hands with a partner and being abused, you know, in Scotland.

“And that’s the reality that many of us have faced and that we have seen in recent times in the press, members of the LGBTQ+ community being attacked and targeted simply for holding hands with their same-sex partner.”

Mr Evans joked that sometimes he thinks he is a “poor gay” for not liking the Eurovision Song Contest.

He added: “But Heartstopper I have to say, we didn’t have a programme like that when I was a kid. It would have probably been illegal. But what an incredible production that is. The fact is that not only is it there, but they are now going into their second series.”

The Deputy Speaker also recalled attending Pride in New York wearing a T-shirt that said he was a member of Parliament and “we had more openly gay MPs than any other country in the world”.

He went on: “And that made me proud. What do we do? We get gay MPs elected to the British Parliament. We have gay ministers. We fly the gay flag from government departments, and we will fly it from Parliament as well. And when it came to the time when we were electing a deputy speaker, MPs here, both gay and non-gay, voted for an openly gay man to be a deputy speaker. And that makes me proud.”

On the watered-down legislation announced by the Government in the Queen’s Speech, which will seek to ban attempts to change a person’s sexual orientation, but not their gender identity, the Tory MP for Carshalton and Wallington said: “I do think it is important that when bringing forward the conversion practices bill later on this year, well, I hope later on this year, that it will be trans inclusive, and the Government will make the decision to do that themselves because there is no doubt that there will be an amendment placed before the House and I have to warn my whips in advance, there is absolutely no way that I couldn’t support such an amendment.

“So, I think it’s much more desirable to come forward from it from the beginning.”

Equalities Minister Mike Freer, who at the beginning of his speech thanked his husband for his “unswerving support”, said: “I hope to see the Bill come in the autumn… September, October, I hope, which currently is not yet trans inclusive.”

He added: “The Foreign Secretary and I have made recommendations to how we believe we can get to a more inclusive conversion practices ban, whilst addressing the concerns that have been addressed elsewhere.”