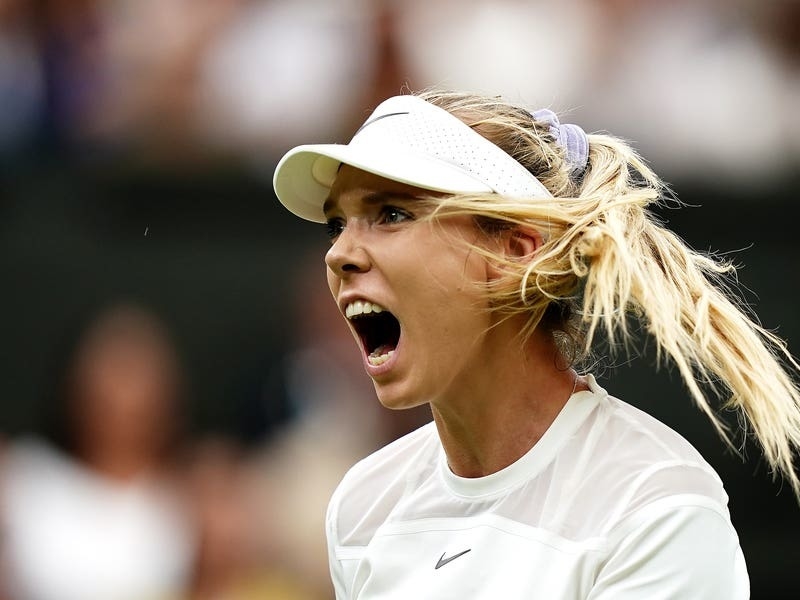 Wimbledon fans broke down in tears and roared in support for Katie Boulter as she won her second-round singles game two days after her grandmother died.

The 25-year-old Leicester-born player said she was “shaking” after the biggest triumph of her career, and dedicated the win to her grandmother.

Her mother, Sue Boulter, was also seen beaming with pride as she watched her daughter triumph over the Czech Republic’s Karolina Pliskova from the player’s box.

Centre Court spectators echoed her emotions in the moments after the match, and said Boulter’s win has sparked more excitement for team GB in the tournament.

Samia Gomez, 40, a sports therapist based in Isleworth, south-west London, said she cried when the tennis star spoke about her grandmother.

“I’m rooting for Iga Swiatek and (Rafael) Nadal, but I think we need to support all the British players.

“We are in the UK, this is a British grand slam, and Katie Boulter shows we’re here to see really true champions.”

Ms Stevens, a special needs case officer living in Crystal Palace, south-east London, watched the game on Centre Court alongside her school friend and tennis fan Jennifer Morrison, 50, an artist based in Fulham.

She told PA: “I’m a tennis novice but it was really exciting.

“I got more involved when she told her story afterwards.”

When asked if hearing Boulter’s story made her more interested in the game, Ms Stevens said: “Absolutely, hearing her backstory definitely got me interested.

“I’ll be watching out for her now.”

“It was really incredible, I wasn’t expecting her to do so well,” she said.

“Her grandmother died a couple of days ago.

“The emotion was quite clear, and the crowd was very much behind her, it was very exciting when she won.

“We stood up and there was a big roar. Everyone was very much behind her.

“I think it’s great to see these players who are not really as well known coming forward, and great for the women as well, it’s wonderful.”

He told PA: “We got very emotional and very stuck into the game, and we felt her emotion as well, so it was really special.

“You could see that every point that she won, it motivated her even more, you could see what it meant to her and the crowd got more and more behind her as well.”

Ms Bridges added: “It was really special to see a Brit win at home – really good.