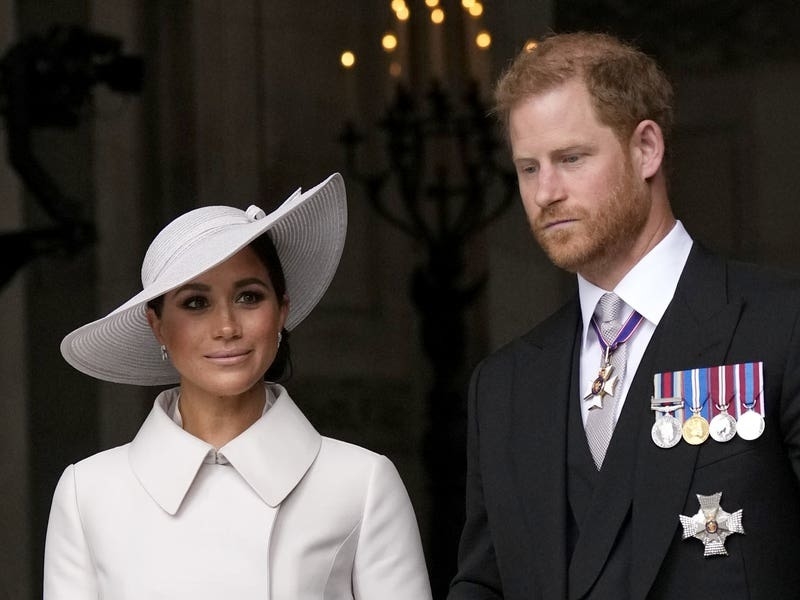 The Duke and Duchess of Sussex’s rental contract for their UK home represents a “good deal” for the taxpayer, a senior palace source has said.

Meghan and Harry paid £2.4 million to cover the refurbishment and rental of Frogmore Cottage, on the Home Park Estate at Windsor Castle, a property they may only have used once since relocating to the US two years ago.

The couple are funding the general upkeep of their former home, like maintaining the garden, with the Sovereign Grant, the funding system for the monarchy and royal building works, effectively acting as the “landlord”, undertaking major works like a normal tenant-landlord relationship.

The senior royal source said the rent “has been calculated by reference to market valuations for a property of that nature.

“So it’s an independent valuation, so it’s been market tested”.

The National Audit Office and the Treasury were “satisfied” with the way the transaction had been accounted for and the “commercial return” for the Sovereign Grant, the source added.

“I can be confident in saying that this is a good deal for the Sovereign Grant and the taxpayer alike.”

The property, a few minutes drive from Windsor Castle, underwent major work to turn five properties back into a single residence for the couple, with all fixtures and fittings paid for privately by the duke and duchess.

The source said: “The 2.4 million has all been received and it has now been fully accounted for within the Sovereign Grant accounts, there’s no deferred income, it’s all been recognised.

“And we say that fulfils their current obligations for rent under the licence and we would not go into the commercial details of the arrangement, as we wouldn’t for any other property rental, so we would not say what period that covered.”

Asked if the Queen had been paying rent on behalf of the Sussexes during the 2021-22 financial year or for renovations to the property, the source added “I wouldn’t comment on that because that would be a private matter but what I would say, there’s been no expenditure by the Sovereign Grant in relation to Frogmore Cottage.”

Harry and Meghan have established a new life for themselves in the celebrity enclave of Montecito in California, buying a multi-million pound home and launching a non-profit foundation, after stepping down as working royals for financial freedom.

The couple have also signed lucrative deals, thought to be worth well over £100 million, with Spotify and Netflix that have given them the capital to pursue their new lifestyle and public goals.