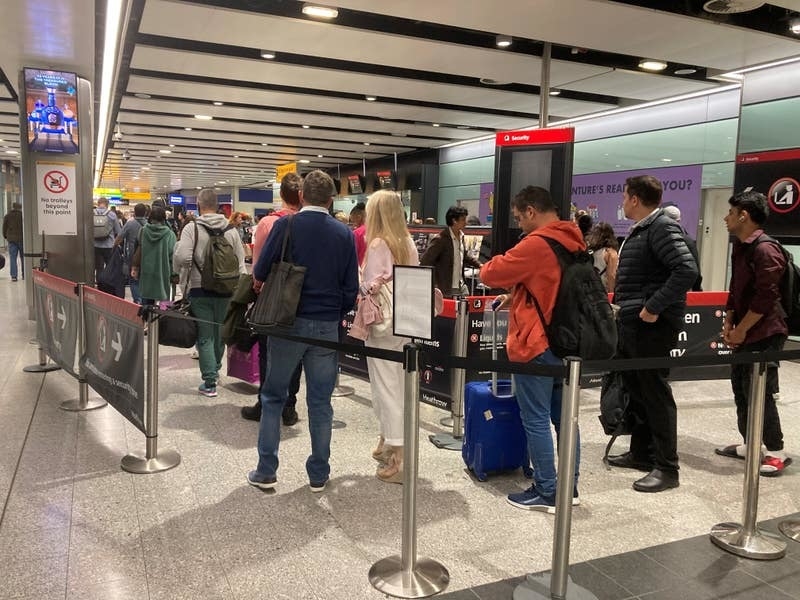 A 22-point plan to tackle flight disruption this summer has been unveiled by the Government.

The strategy is aimed at avoiding a repeat of the chaos seen at UK airports during the Easter and Jubilee holidays.

Transport Secretary Grant Shapps said there is “no excuse for widespread disruption” and holidaymakers “deserve certainty”.

Demand for travel will surge again as schools in Scotland and Northern Ireland break up for summer this week, while the academic year for those in England and Wales ends in around three weeks.

The Government’s action plan includes a number of measures previously announced, such as encouraging airlines to make sure their schedule are “deliverable”, an amnesty on slot rules and permitting new aviation workers to begin training before passing security checks.

A new passenger charter will be published in the coming weeks, providing passengers with a “one-stop guide” informing them of their rights and what they can expect from airports and airlines when flying.

Since the disruption during the Jubilee half-term, ministers and officials have been meeting with the aviation industry weekly to discuss the summer plans and issues that could cause problems this summer.

“While it’s never going to be possible to avoid every single delay or cancellation, we’ve been working closely with airports and airlines to make sure they are running realistic schedules.

“The 22 measures we’ve published today set out what we’re doing to support the industry.

“It’s now on airports and airlines to commit to running the flights they’ve promised or cancel them with plenty of time to spare so we can avoid the kind of scenes we saw at Easter and half-term.

“With 100 days having passed since we set out that restrictions would be eased, there’s simply no excuse for widespread disruption.”

“These actions will help the sector to be more resilient in dealing with strong consumer demand.

“We will work alongside Government and the wider industry to help deliver a better experience for passengers.”

Rocio Concha, Which? director of policy and advocacy, said: “Another day of chaos at the UK’s biggest airport suggests the government’s working groups and written warnings to airlines and airports are not yet having the desired effect – and many passengers will understandably be concerned that this plan may not be enough to prevent a summer of travel disruption.

“Passengers have been treated appallingly during recent months. With the holiday plans of millions of people at stake, the government and aviation regulator must show they can get a grip on this situation and ensure airports and airlines meet their legal obligations to the travelling public in the busy weeks ahead.

“The shameful scenes at UK airports show why passengers need their rights to be strengthened and enforced by a strong regulator and compensation regime. The government should give the CAA powers to fine airlines directly when they flout the law, and drop plans to cut passenger compensation for delayed and cancelled domestic flights.”