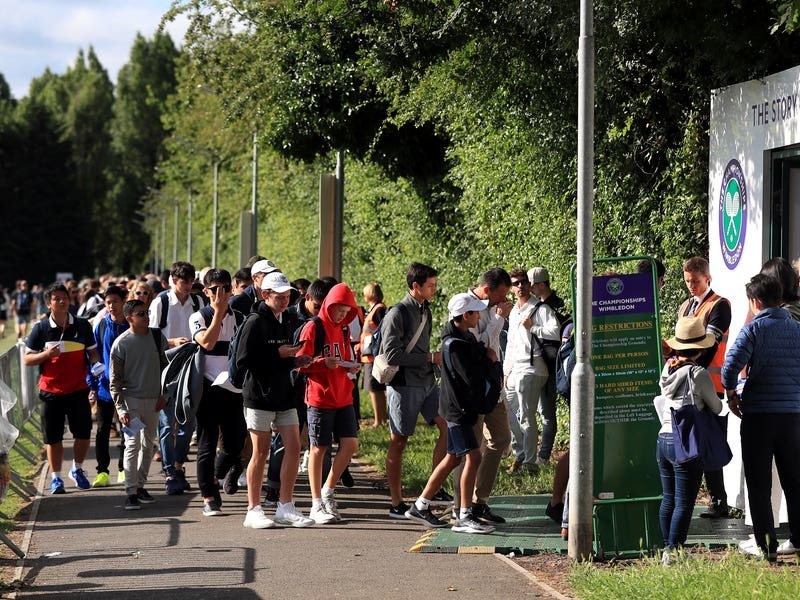 A fortnight of exciting tennis beckons as the 2022 Wimbledon championships kick off this week.

Here is a rundown of some key talking points ahead of the start of the tournament:

– Return to full capacity for first time in three years

The grand slam was cancelled for the first time since the Second World War in 2020 due to the coronavirus pandemic.

The competition did go ahead in 2021 with spectators, although most days it was only at 50% capacity.

The 2022 tournament will also see the return of “the Queue”, which sees people from around the world camping overnight and lining up for hours to buy on-the-door tickets every day.

Raducanu, the 10th seed, is hopeful of overcoming a side strain in time for the tournament.

Meanwhile, Sir Andy is unseeded and battling an abdominal strain.

But hopes are high for British players as none of the 17 British representatives in the men’s and women’s singles drew a seeded player in the first round.

Wimbledon’s decision to bar Russian and Belarusian players in response to the invasion of Ukraine has had serious repercussions, with the ATP and WTA deciding to withhold ranking points from the tournament.

Men’s world number one Daniil Medvedev and women’s number five Aryna Sabalenka are among those to be banned, while it remains to be seen how many leading players decide not to enter because of the lack of points on offer.

The American won her 23rd title in 2017 when she won the Australian Open while pregnant, but has been unable to add to her tally since her comeback.

She has won seven titles on Centre Court but the 40-year-old has not played since limping out of the first round at the All England Club 12 months ago due to a leg injury, which raised doubts over whether she would play again.

There was speculation the removal of ranking points following Wimbledon’s decision to ban Russian and Belarusian players could lead to a reduced prize fund but, with a full-capacity crowd and scheduled play on the middle Sunday for the first time, organisers have opted against taking that course of action.

The squash brand confirmed it has not renewed its relationship with the tennis tournament, which has been one of the longest-running deals in sport after being set up in 1935.

Robinsons squash was created by Eric Smedley Hodgson and he handed the drink out to players on his first visit to the tournament.

The drink was so popular he was invited back every year and saw the drink move into commercial production.

The move comes a month after Robinsons confirmed it will become the official drinks sponsor for The Hundred cricket tournament.

In a bid to reduce its impact on the environment, Wimbledon is bringing in even more green measures.

In 2022, the tournament is introducing a reusable cup for hot drinks at The Championships and increasing the number of catering consumables which can be recycled.

Evian has launched a new recycling reward scheme, “Return4Reward” at the tournament, designed to encourage the recycling of drinks containers via a consumer reward scheme.