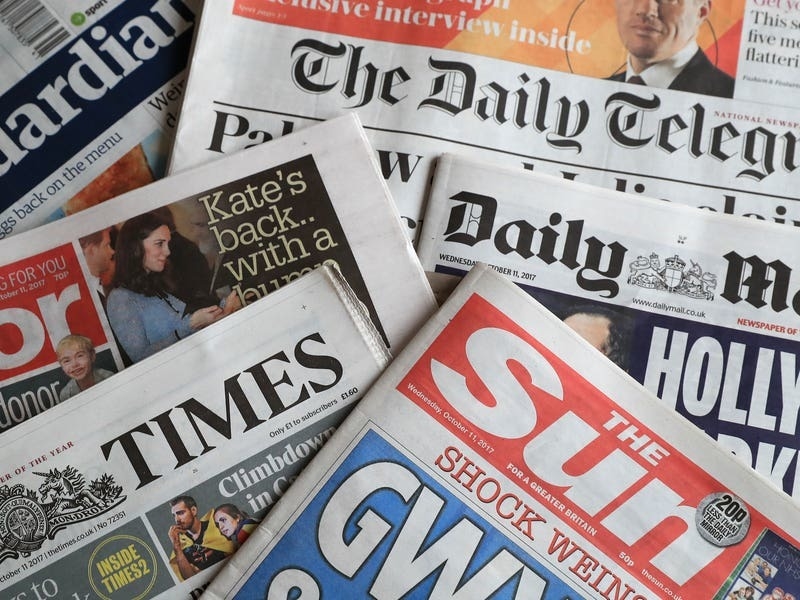 A summit in Germany, sky-rocketing property prices and a shortage of NHS dentists are among the topics in the nation’s papers.

Boris Johnson’s intervention into the G7 is front page of The Guardian, with the paper writing the PM “used a string of bilateral meetings and TV interviews to present himself as a bulwark against potential backsliding” on Ukraine.

The Financial Times says the G7 “aims to hurt” Russia’s “war chest” with a price cap on crude exports.

The Independent writes nations have been urged not to water down commitments on climate change, while the i says the leaders have sought a united front away from “turmoil at home”.

Meanwhile, Metro reports the G7 leaders mocked Vladimir Putin by joking about taking their shirts off.

Elsewhere, the shortage of NHS dentists is “casing horrific suffering” according to the Daily Mirror, which writes that some patients have pulled out their own teeth.

The Daily Star reports on continued “airport chaos”, with an incident the paper coins a “fightmare” in which airport workers were allegedly attacked.

A “rocketing” number of homeowners are cashing in on soaring property values before an anticipated crash, according to the Daily Express.

The Sun says three million pounds was “stuffed into bags and handed” to the Prince of Wales by a Qatari Sheikh, in an incident the paper says is being investigated by the charity watchdog.

And Britain has become the global capital of fraud, reports the Daily Mail.