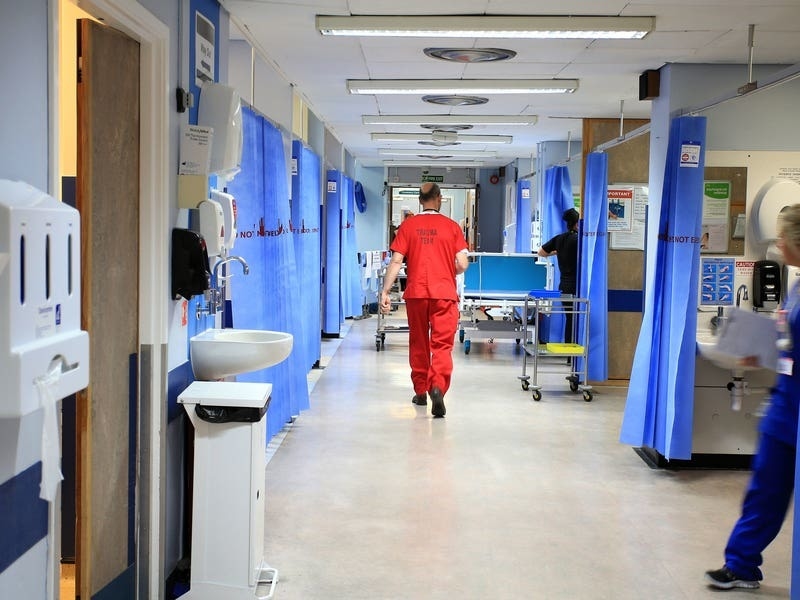 Ministers can no longer exploit “a well of goodwill which has totally run dry” to run the NHS, a British Medical Association leader will say, as he demands the Government reverse “brutal” pre-pandemic cuts to health services.

One hundred thousand NHS vacancies remain unfilled as the health service continues to battle a waiting list backlog from the coronavirus pandemic, which the British Medical Association (BMA) chair of council describes as a “crisis of unimaginable proportions”.

Dr Chaand Nagpaul, in his final speech in the role, will warn the UK had 50,000 fewer doctors in England than the average among Organisation for Economic Co-operation and Development (OECD) members, which include France, Germany, Canada and Japan, and said the Government “needs to wake up, open its eyes and realise that we can’t afford to lose a single doctor if patients aren’t to suffer more”.

He will demand the Government “reverse its brutal £800m pre-pandemic cuts to our public health services, which left us fighting Covid blindfolded without testing capacity in the first wave, flouting the WHO edict of ‘test test test’ and leading to the UK having one of the highest infection levels internationally”.

Referring to a review conducted by the BMA which “unequivocally concludes that the UK Government failed in its duty to protect its workforce” he will say: “The lessons from our review demand action today – not some time in the future – given that a new surge, variant or virus could strike at any moment.”

He will further demand guarantees from the Government to reverse the “drastic deficit” in hospital beds, to have no repeat of “shameful squandering of billions” on test and trace, and “face the glaring truth” of doctor shortages.

He added that findings from the doctors’ union showed nine in 10 doctors “fear making medical errors daily” as a result of lack of resources or workforce capacity.

He also hit out at the Government over Partygate, saying: “It’s an absolute insult to the dedication of doctors that as we topped up IV fluids to sick patients, they merrily topped up their glasses in defiance of the rules they themselves set.”