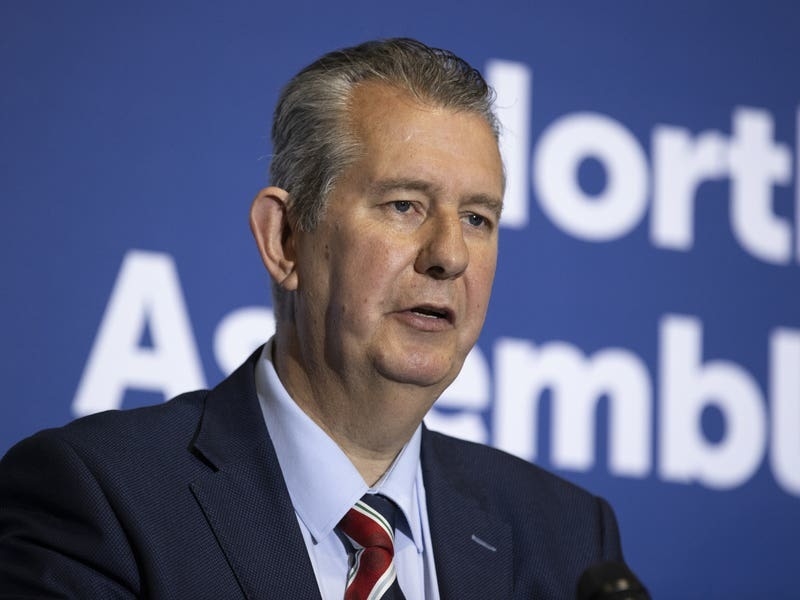 A successful second reading of the Northern Ireland Protocol Bill in Parliament will be a “significant step”, according to a DUP minister who said the future looks “bleak” otherwise.

Stormont minister Edwin Poots indicated there could be progress on his party’s return to powersharing if the Bill to unilaterally scrap parts of Northern Ireland’s Brexit deal gets through the Commons on Monday.

The DUP has refused to engage in the process of nominating an Assembly speaker or to form an Executive after the May 5 election in protest over the implementation of the protocol.

Asked if the DUP will be any closer to returning to Stormont if it gets through, Mr Poots told BBC Radio Ulster’s Good Morning Ulster programme: “In a sense, yes.”

If it does not get through, he added: “I think that the future looks bleak.”

He said: “If it gets through today it is a significant step forward and we’d be working with Government to see what other steps can be taken in advance of legislation being fully applied.”

In a warning to Tory MPs, Mr Poots said: “Any Conservative who has any notion of using this, of having a go at Boris Johnson, are doing the same as the European Union is doing in terms of damaging the peace process and the institutions in Northern Ireland.”

But Sinn Fein MP John Finucane branded the Bill “shameful” and said it will mean “more instability” for the region.

“As I’ve said, and I think as many others have said on numerous occasions, the introduction of this Bill is shameful. It provides nothing but more instability, especially for people here, especially for our industries and sectors here.

“So the British Government seem to be tone deaf to the majority of the wishes of people here in continuing to push ahead with this legislation.”

Monday will see MPs in the House of Commons debating the main principles of the Bill and deciding whether it can proceed for further consideration.

The UK Government has said the measures to remove checks on goods and animal and plant products travelling from Great Britain to Northern Ireland are necessary to safeguard the Good Friday Agreement and peace and stability.

The imposition of checks in order to keep an open border with Ireland has angered unionists and DUP leader Sir Jeffrey Donaldson said he hopes the Bill gets through the Commons before Parliament’s summer recess.

Capitals across the EU bloc reacted with outrage to the plans to override parts of the protocol, which governs trade between Great Britain and Northern Ireland.