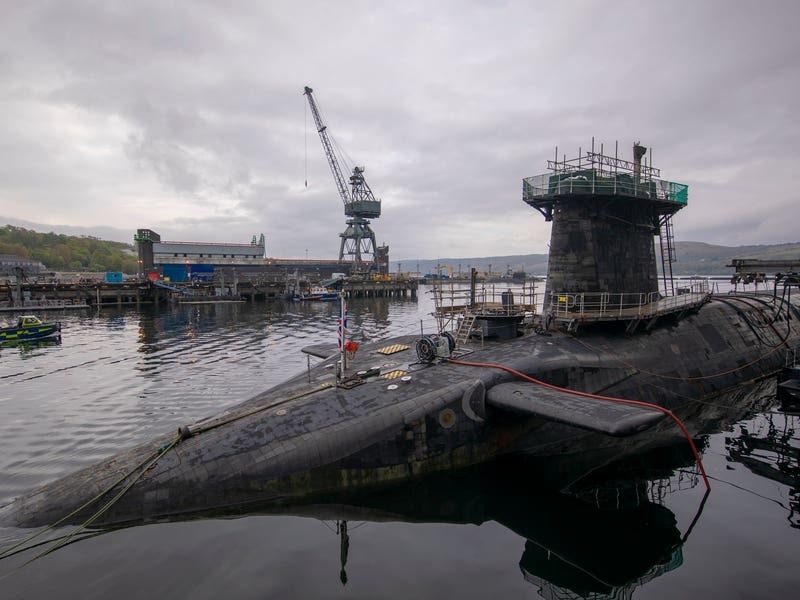 UK defence business Ultra Electronics has seen its shares jump higher after the Government said it was set to clear the firm’s £2.6 billion takeover by private equity-owned Cobham.

Shares in Ultra surged 13% on Friday morning after Business Secretary Kwasi Kwarteng said on Thursday night that he was minded to accept the takeover of Ultra after both firms put forward solutions to address national security concerns.

It follows a 10-month inquiry into the proposed acquisition of the company to assess any national security concerns.

The Department for Business, Energy and Industrial Strategy (Beis) said the announcement followed advice from the Ministry of Defence, although Mr Kwarteng has yet to make a formal ruling and will only do so after the consultation has ended on July 3.

London-listed Ultra makes submarine-hunting equipment as well as control systems for the fleet of Trident submarines that carry the UK’s nuclear deterrent.

Cobham Group, which is owned by US private equity house Advent, agreed a £2.57 billion deal for Ultra in August last year.

But Mr Kwarteng ordered the Competition and Markets Authority (CMA) to conduct an investigation looking at whether competition would be lessened and issued a formal request for submissions to assess whether the deal would impact upon national security.

Ultra said on Friday: “The acquisition remains conditional upon the Secretary of State’s formal approval, pending the outcome of the public consultation, which represents the final outstanding condition relating to anti-trust and regulatory approvals to which the acquisition is subject.”

Mr Kwarteng had also last summer tabled an order in Parliament preventing Ultra from disclosing sensitive information to Cobham about the goods or services it provides to the Government or Britain’s armed forces during the probe.

Dorset-based Cobham, which employs 10,000 people, is best known for technology enabling the mid-air refuelling of planes.

Advent completed its £4 billion deal to buy Cobham in January 2020, though there had been backlash from the Cobham family.

Ultra employs about 4,500 people, of which around half are based in the UK.

Cobham’s chairman Shonnel Malani said late on Thursday that the Government’s announcement was a “positive step for investment in Ultra and in the Five Eyes alliance”.

“We have always been clear about our unwavering commitment to ensuring that UK’s national security is protected and believe these very extensive and robust undertakings will do just that.”