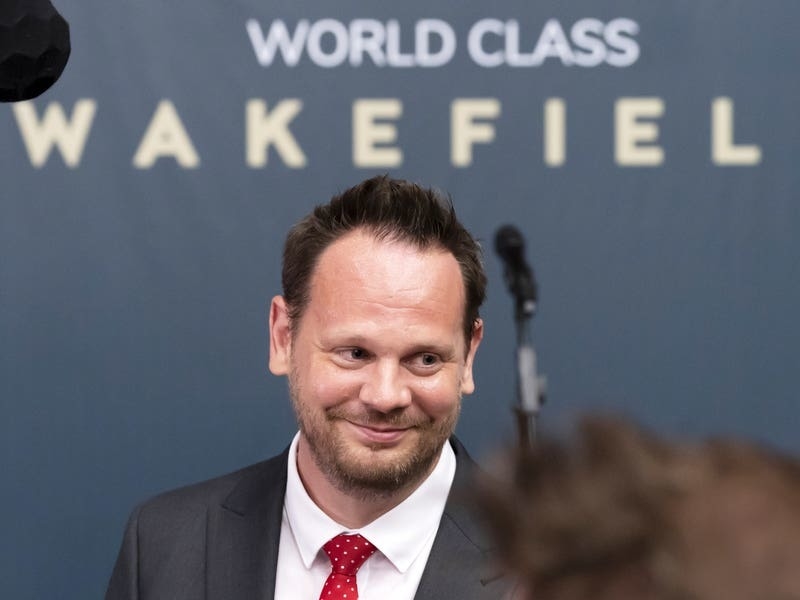 New Wakefield MP Simon Lightwood has said Labour is “rebuilding the red wall” as the party reclaimed the West Yorkshire seat from the Conservatives.

Wakefield had been a Labour seat continuously from 1932 until 2019, when it was won for the Conservatives by Imran Ahmad Khan as part of the Tories’ takeover of so-called red wall constituencies across the north of England.

A by-election was triggered after Mr Khan resigned earlier this year following his conviction for sexually assaulting a teenage boy.

In his victory speech, Mr Lightwood said: “The next Labour government has been born in this room tonight”.

Speaking from the podium, he said: “Tonight, the people of Wakefield have spoken on behalf of the British people. They have said unreservedly: ‘Boris Johnson, your contempt for this country is no longer tolerated’.

Mr Lightwood later told reporters Labour was “rebuilding the red wall” and that the biggest issue on the doorstep throughout the campaign had been the cost of living crisis.

Asked what the victory would mean for Sir Keir Starmer’s leadership, he said: “I think it speaks volumes. We are rebuilding the red wall and this is the birthplace of the next Labour government.”

Mr Lightwood added: “We’re rebuilding the trust of the electorate and people are ready for a fresh start. They’re sick of all the lies and deceit of Boris Johnson and we offer that alternative vision.”

Asked whether the success would translate into other red wall seats across the north, he said: “I think we can be certain of that.”