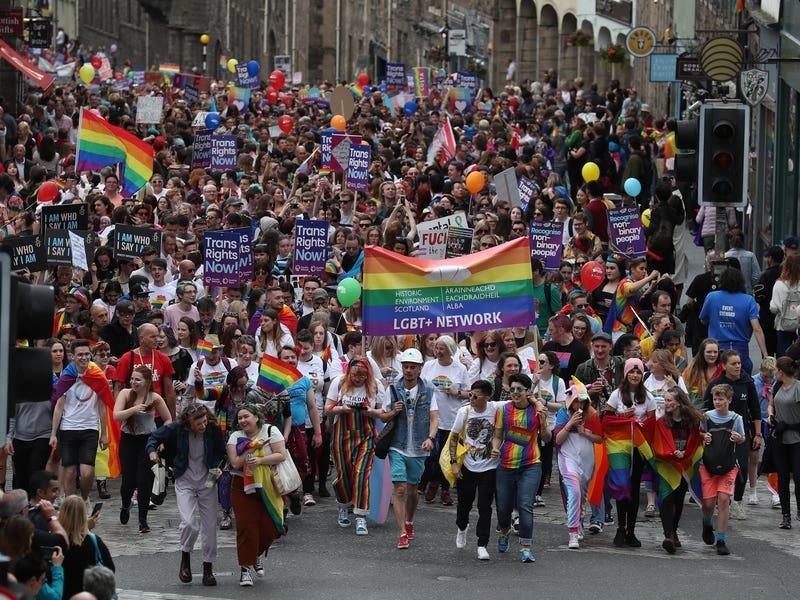 An organiser of Edinburgh Pride said it is “really quite sad” that thousands are expected to miss the annual event due to Saturday’s planned rail strikes.

Passengers across the UK will face more disruption this weekend as ongoing train strikes promise to halt thousands of services for a third day.

Jamie Love, marketing director for Edinburgh Pride, said his team are expecting around 5,000 from in and around Scotland’s capital to attend, compared with more than 12,000 people in 2019.

“As Pride organisers, our whole job relies on making pride accessible to those that really want to and maybe don’t have spaces like Pride anywhere near them.

“That’s the saddest and hardest part because obviously, those are the people who are going to be impacted the most.

The event, kicking off with a march at midday in the city centre, is partnered with London North Eastern Railway and is also sponsored by Mr Love’s marketing agency Monumental.

But LNER’s regular Pride pop-up at Edinburgh Waverley, the city’s central station, will not take place due to the strike action.

“So even for Edinburgh, just the city, it was actually quite a big occasion to be celebrating Pride in the middle of the busiest station in Edinburgh with hundreds of thousands of people that go through it.

“When people would come in, via train for Pride, the Pride experience would literally start the minute they stepped off the train at the station.”

This year’s celebration is the first in three years following the Covid pandemic.

Mr Love and three other organisers were only given the green light for the event by the city’s Council in March.

Upon news of the planned strikes, the team scrambled to rearrange travel plans for scheduled performers, a line-up including RuPaul’s Drag Race winner Lawrence Chaney and singer Kelli-Leigh.

“The big stress was the additional spending budget that we had to put towards getting people here through (alternative) means … it is a considerable amount of money that we hadn’t accounted for.

“(But) to be fair, everyone was really trying to just make it work.”

Mr Love added that the strikes will impact the LGBTQ+ community in Edinburgh.

“What they are campaigning for and fighting for with this is totally valid and it’s totally worth it,” he said.

“But obviously, from our side there’s impacts to our community, whose needs are just as important.

“For many, it’s also their first Pride, so there’ll be those impacted as well.”

Census: Population of England and Wales grows to nearly 60 million in a decade