Labour can get better Protocol deal from EU – Lammy 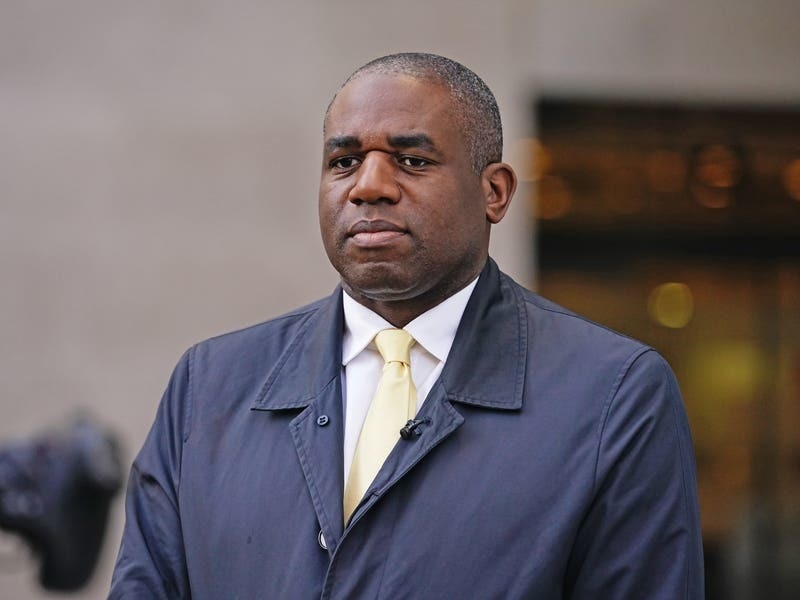 Labour’s experience negotiating the Good Friday Agreement means it will be able to secure a better solution to the Northern Ireland Protocol row, David Lammy has said.

The shadow foreign secretary told an event hosted by the UK In A Changing Europe think tank on Wednesday that a Labour government would be better received in Brussels.

He said: “The EU must be less rigid.

“But I’ve been told frankly by EU partners that if there was a partner they could trust they could show more flexibility.

“Instead they have Boris Johnson who lies, breaks the law, and never keeps his promises.

“With a change of Prime Minister and a change of government, the UK could build a stable and mutually beneficial relationship with the EU over the long term.”

But, he said, the party would look to secure “practical solutions to reduce any checks to their absolute minimum” by pursuing an agreement on food and agricultural standards, sharing trade data and using a “risk based approach” for goods entering Northern Ireland from Great Britain.

He said: “Both the EU and the UK would have to compromise to make this happen.

“But the last Labour government was able to broker the Good Friday Agreement.

“We are confident that with trust and goodwill, we would be able to achieve it.”

The Government has proposed a Bill to unilaterally change parts of the Northern Ireland Protocol, arguing this is the only solution after months of stalled negotiations.

But Mr Lammy attacked the Bill as “a charter for lawlessness” that undermined international law and “risks emboldening dictators and authoritarian states around the world”.

He also accused the Government of being “stuck in a fever dream of 2016” and “picking petty fights with our closest neighbours” by introducing plans to tear up the Protocol.

He said: “The Government’s position is that the situation in Ukraine is so serious that their lawbreaking Prime Minister must remain in office, but apparently not serious enough to stop us starting a diplomatic fight with some of our closest allies.”

He said: “The delicately balanced compromise that we put in place in 2019, recognising that we were running high levels of risk in doing so, has come apart much more quickly than most of us thought.

“It is unfortunate that, given all the sensitivities, the EU has refused to look at that compromise again and helped us put together something that would properly support the Belfast Good Friday Agreement and enjoy cross-community consent.

“In these circumstances the British Government has no choice in my view (but) to act as it is doing, its responsibility for the integrity of the country and for the Belfast Good Friday Agreement must be paramount.”