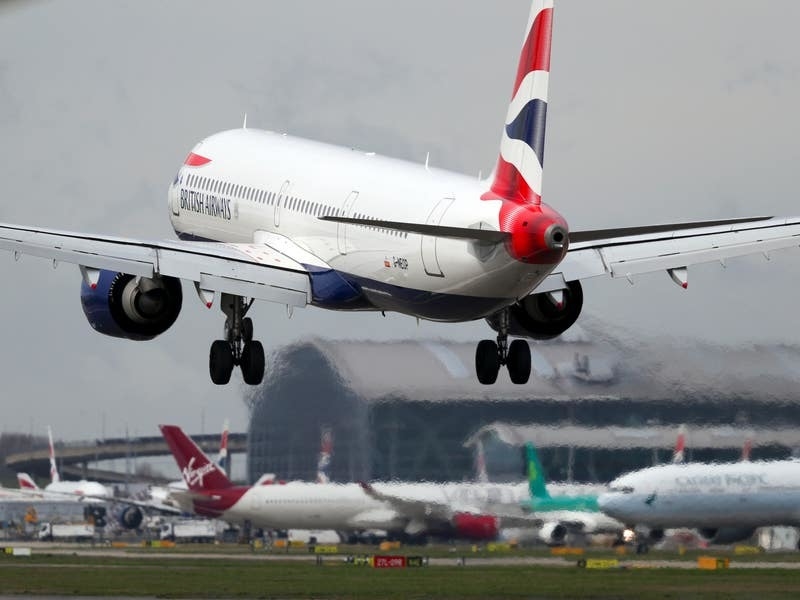 British Airways workers based at Heathrow have voted to strike in a dispute over pay.

Members of the GMB and Unite backed industrial action.

The unions said holidaymakers face disruption, warning of a summer of strikes.

“BA have tried to offer our members crumbs from the table in the form of a 10% one-off bonus payment, but this doesn’t cut the mustard.

“Our members need to be reinstated the 10% they had stolen from them last year with full back pay and the 10% bonus which other colleagues have been paid.

“At the same time, they’ve had their pay slashed during BA’s callous fire and rehire policy.

“What did BA think was going to happen?

“It’s not too late to save the summer holidays – other BA workers have had their pay cuts reversed.

“Do the same for ground and check-in staff and this industrial action can be nipped in the bud.”

Unite national officer for aviation Oliver Richardson said: “The problems British Airways is facing are entirely of its own making.

“It brutally cut jobs and pay during the pandemic even though the Government was paying them to save jobs.

“In the case of this dispute, they have insulted this workforce, slashing pay by 10% only to restore it to managers but not to our members.

“BA is treating its loyal workforce as second class citizens and they will not put up with it a moment longer.

“Strike action will inevitably cause severe disruption to BA’s services at Heathrow.

“The company has a short window of opportunity to reinstate our members’ pay before strikes are called. I urge BA not to squander that opportunity.”

Downing Street said strike action would add to passengers’ “misery” at airports and called for BA to put contingency measures in place.

A No 10 spokesman said: “This is obviously a matter for British Airways and the unions and we would strongly encourage both to come together to find a settlement.

“We don’t want to see any further disruption for passengers and strike action would only add to the misery being faced by passengers at airports.

Members of the GMB voted by 91% in favour of industrial action while Unite said 94% of its members backed action.

A BA statement said: “We’re extremely disappointed with the result and that the unions have chosen to take this course of action.

“Despite the extremely challenging environment and losses of more than £4bn, we made an offer of a 10% payment which was accepted by the majority of other colleagues.

“We are fully committed to work together to find a solution, because to deliver for our customers and rebuild our business we have to work as a team.

“We will of course keep our customers updated about what this means for them as the situation evolves.”