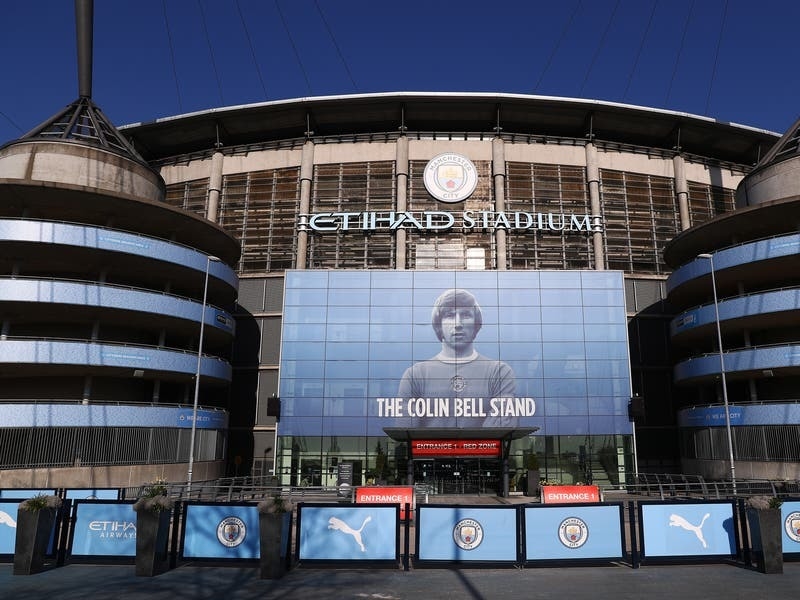 A Manchester City fan who threw a lit smoke flare on to the playing area during the club’s vital season-ending clash with Aston Villa has received a three-year football banning order.

Phillip Maxwell, 29, from Knowsley, Merseyside, hurled the missile across the heads of supporters and stewards after City equalised in the 78th minute on their way to a dramatic 3-2 win to clinch the Premier League title.

Manchester Magistrates’ Court heard a police spotter captured the incident at the Etihad Stadium on May 22.

Shahid Khan, prosecuting, said: “We would submit there was a clear risk to injury.”

He quoted recent Home Office figures which had showed an 18.6% increase last season in the use of pyrotechnics across the top five divisions of English football, compared to the pre-Covid 2019/20 season.

A total of 20 smoke flares were lit at the City-Villa fixture alone with some hitting supporters, he added.

She said: “The defendant himself has described it as an act of immaturity.

“This is an experience he does not want to go through again.”

Chairman of the bench Sohail Ahmed told him: “You have lost your good character and paid a big price for this stupid mistake.”

“Flares create a risk to the safety of players and spectators.

“On this occasion, thankfully nobody was hurt but we have seen many times the consequences of flares at football matches and we must root out those who jeopardise the safety of others.

“The CPS are committed to taking a robust stance towards tackling football-related disorder as we continue to play a crucial role in making sports such as football inclusive and safe to watch.”