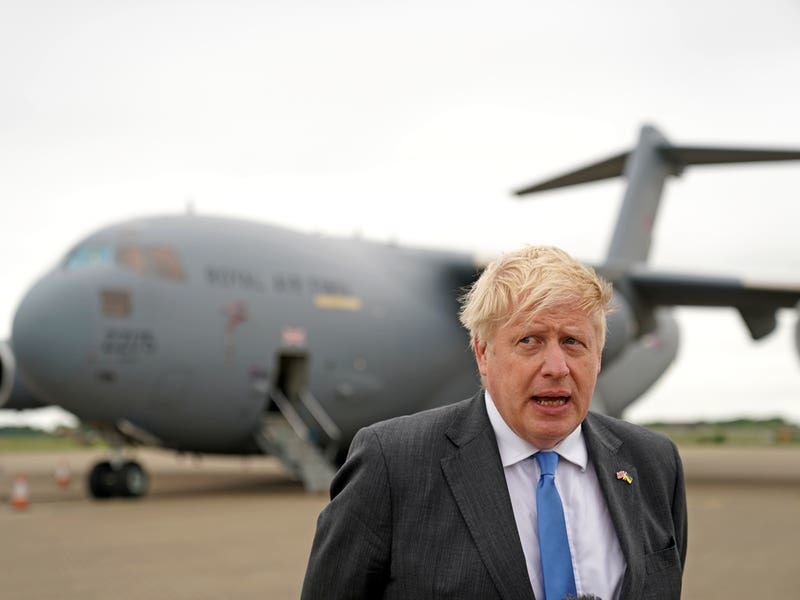 The Prime Minister has warned Britons that “we need to steel ourselves for a long war” in Ukraine on his return from the nation’s capital.

After visiting Kyiv, Boris Johnson said that Vladimir Putin’s invasion is “entering a new phase” and if Russian advances were successful he “would not stop at dismembering Ukraine”.

Writing in The Times, Mr Johnson also outlined a four-point plan on how the UK and its allies can best support Ukraine.

“The UK and our friends must respond by ensuring that Ukraine has the strategic endurance to survive and eventually prevail.”

“Everything will depend on whether Ukraine can strengthen its ability to defend its soil faster than Russia can renew its capacity to attack,” he added.

“Our task is to enlist time on Ukraine’s side.”

Looking beyond the invasion, he warned that if Russia is successful in securing territory in Ukraine “no nation anywhere would be safe” because “every dictator would feel emboldened to pursue their own ambitions by force”.

To prevent this from happening, step one of the Prime Minister’s plan is ensuring that Ukraine “receives weapons, equipment, ammunition and training more rapidly than the invader”.

He said the UK is aiming to work with allies in training up to 10,000 soldiers every 120 days to support Ukraine.

Mr Johnson describes step two as providing “constant funding and technical help” to the beleaguered nation so it can maintain its infrastructure and institutions.

The third step is developing alternative overland routes to overcome the Russian blockade on ports including at the southern city of Odesa.

This can be achieved by supporting the UN’s efforts to negotiate an exports corridor via the sea, according to the Prime Minister.

Speaking with reporters at RAF Brize Norton in Oxfordshire on his return, he stressed the need to demonstrate support for Ukraine when its people were “suffering terribly” particularly in the Donbas.

In his talks with Mr Zelensky, Mr Johnson said Britain would be prepared to train tens of thousands of Ukrainian troops.

However, he stopped short of calling for the recovery of all the lands Ukraine had lost since 2014 – including Crimea – something Foreign Secretary Liz Truss has previously called for.

Mr Johnson’s visit was warmly welcomed by the Ukrainians, with television footage of Mr Zelensky showing the Prime Minister the wreckage of burned out Russian tanks and other vehicles on display in Kyiv’s St Michael’s Square.

He visited Kyiv on the day he had been due to speak at a conference of northern Tories, and the timing led to accusations that he was snubbing the region ahead of a crucial by-election in Wakefield, West Yorkshire.