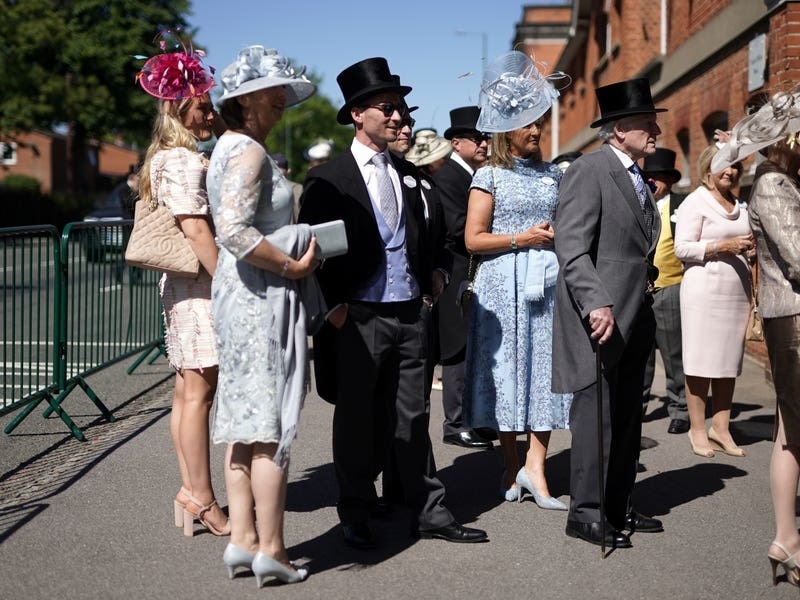 The Queen hailed Royal Ascot as a “thrilling” experience as racegoers filled the stands for the first time since the pandemic.

Punters are hoping that the monarch, a passionate racehorse owner and breeder, will make an appearance this week at the event which is one of the highlights of the sporting calendar.

But their expectations for the first day of the Berkshire meet were dashed when a source said the Queen would not be attending.

“Once again, it is thrilling that horses from around the globe have travelled to Royal Ascot to compete at the highest level.”

The Prince of Wales and Duchess of Cornwall led the royal party on Tuesday and took part in the traditional carriage procession along the course before racing began.

They were followed by the Princess Royal and minor members of the royal family, including the Duke and Duchess of Gloucester and Prince and Princess Michael of Kent.

As if to calm the frantic activity of the press she said “I’ll be here all day”.

The Queen has more than 10 horses entered over the five days of the event and, with her Windsor Castle home just a 15-minute drive away, there is still some hope that she will attend during the week.

Her horse Reach For The Moon, which missed out on being entered for the Epsom Derby, is favourite with some bookies to win the Hampton Court Stakes on Thursday with jockey Frankie Dettori taking the reins.

Anastasia, 19, from Ascot, said: “We’re both wearing modernised versions of traditional Ukrainian headdresses. We wanted to show we can celebrate Ukraine despite all that is happening in the country.”

Milliner Viv Jenner, was wearing an outlandish wide brimmed hat she created, and was happy to see the stands filled after last year when numbers were limited to 12,000 a day as part of the Government’s Events Research Programme.

“It’s been empty the past few years now finally Ascot is back to life.”

The royal party mingled in the parade ring before racing began and Charles was spotted kissing his niece Zara Tindall who was joined by her husband former England rugby star Mike Tindall.

Other guests photographed among the crowds included the Duchess of Cambridge’s parents Carole and Michael Middleton.

Later in the royal box, Charles and Camilla stood clutching official programmes as they watched the racing from a balcony with the Countess of Wessex.