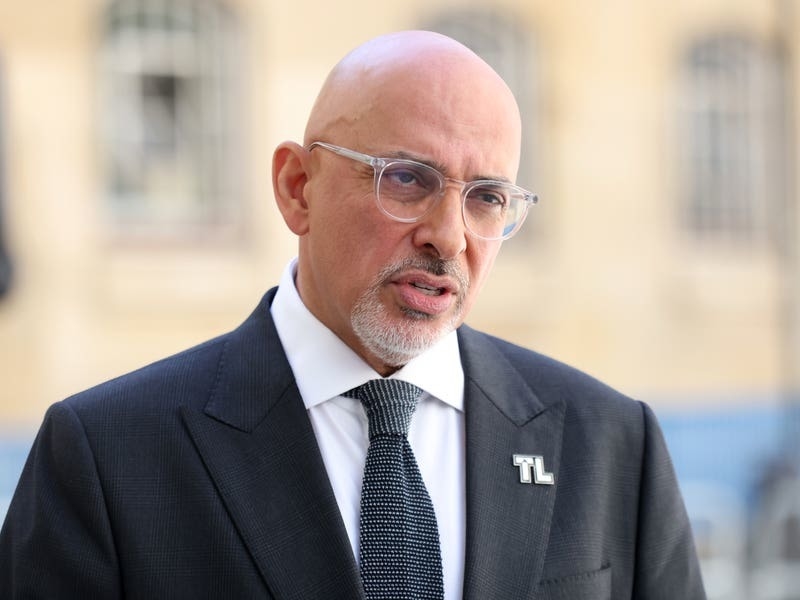 The Government has not ruled out imposing a windfall tax on energy companies despite strong opposition from several ministers.

Education Secretary Nadhim Zahawi has said the Cabinet is considering “all the options” to combat the cost-of-living crisis, including a one-off levy on firms which have benefited from globally high gas and oil prices.

Chancellor Rishi Sunak has not ruled out imposing a windfall tax on energy producers, but ministers including Anne-Marie Trevelyan, Brandon Lewis, Sajid Javid and Jacob Rees-Mogg have criticised the measure as ineffective.

“I with the Chancellor, Prime Minister and Cabinet will look at every option.”

But he spoke about the impact this could have on elderly people, adding: “If you apply a windfall tax, (companies) will probably have to reduce or take away their dividend.

“Who receives the dividend? Pensioners through their pension funds.

International Trade Secretary Anne-Marie Trevelyan said the Government is encouraging energy producers to invest their profits in green alternatives rather than imposing the tax.

She told Times Radio: “As the Chancellor said, it’s really important that he’s able to keep everything under review.

“He has set out a very clear position that he wants these energy companies, as they have made unexpectedly higher profits because of these price hikes, that they use that to invest in the clean energies of the future.”

Asked about the tax on Channel 4’s Andrew Neil show, he said: “I think he (Mr Sunak) will do one but I have to say it’s not really addressing the serious fiscal problem the country is going to have in the next two or three years.

“It’s a one-off scoop of money. You have an interesting dynamic where, apparently, Number 10 don’t want one and Number 11 do.”

Meanwhile, Michael Lewis, chief executive of E.ON UK, has called on the Government to “tax those with the broadest shoulders”.

He told BBC One’s Sunday Morning TV show that approximately one million of E.ON’s eight million UK accounts are already in arrears, and this is expected to rise by 50% come October.

Mr Lewis added: “What we do know is that we are seeing a significant number of people in fuel poverty.

“That’s to say, more than 10% of their disposable income spent on energy and that’s risen to around 20%, and in October, our model suggests that that could rise to 40% if the Government doesn’t intervene in some way.”

Mr Lewis said increasing Universal Credit payments and imposing a “social tariff” on energy companies would ease the cost of bills for those struggling to pay them.

Responding to E.ON’s projection for the number of people expected to be in arrears by October, shadow chancellor Rachel Reeves renewed Labour’s calls for the Government to urgently impose a windfall tax.

“The Government must act now, by bringing in a windfall tax on oil and gas producer profits to cut bills.”

Jesse Norman, a Conservative former minister, said he supports a “temporary and well-defined” windfall tax which would be “equitable” for consumers, and believes former prime minister Margaret Thatcher would have imposed it if she were in charge.

He said on Twitter: “As several present and former oil and gas CEOs have noted, it won’t much change companies’ investment plans or the incentive to invest.”

“It is also quite wrong to say that a levy or tax of this kind would be unconservative,” he added.

“On the contrary, it would be both ethically principled and pragmatic.

“For what it is worth, although she rightly would not have liked the idea much, I have no doubt Margaret Thatcher in her pragmatic prime would have levied a limited and temporary tax of this kind.”

Labour has also warned that schools in England could be paying an estimated £1 billion-a-year in energy bills, taking money away from pupils’ learning.

The party said children’s futures were being put at risk, citing Government data which showed the cost of energy to state schools after a projected increase of 93% at the end of 2021.

On average, secondary schools were now estimated to be spending over £161,000 on energy, while primaries were spending around £32,000, according to data compiled by the House of Commons Library.