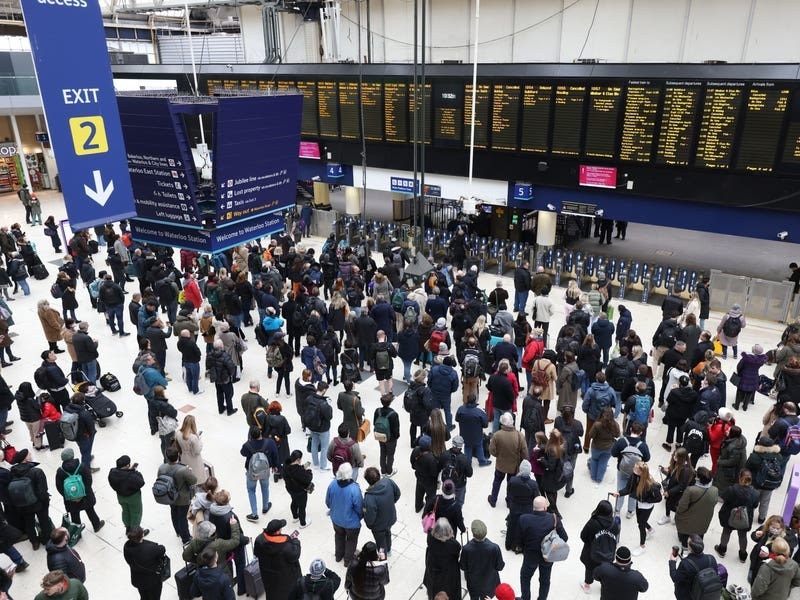 The Government is considering plans for a minimum staffing requirement during rail strikes as the threat of a major industrial action looms.

Transport Secretary Grant Shapps told the Sunday Telegraph that ministers are looking at drawing up laws which would make industrial action illegal unless a certain number of staff are working.

Mr Shapps told the newspaper that the government hopes the unions “will wake up and smell the coffee” and suggested that strikes could put more people off rail travel.

He also accused unions of going straight to industrial action rather than using it as a last resort, adding that railways were already on “financial life support” because of the pandemic.

It comes as unions have warned of staging “potentially the biggest rail strike in modern history”.

The Rail, Maritime and Transport Workers (RMT) union is balloting 40,000 members on plans to strike, which network sources have reportedly said would create “serious challenges” in keeping goods moving and supermarket shelves stocked.

The vote, which is due to close on Tuesday, includes staff on Network Rail and 15 train operating companies.

Another union, the Transport Salaried Staffs’ Association (TSSA), has also warned of a “summer of discontent” with similar action on the way unless pay disputes are resolved.

The union has also announced it intends to ballot members in Scotland for strike action, following what it describes as a “derisory” 2.2% pay offer by ScotRail and proposed timetable changes which it branded a “kick in the teeth” to workers.

TSSA general secretary Manuel Cortes has said many members have not seen a wage increase for two years.

Mr Shapps will reportedly meet with the Prime Minister and Chancellor next week to discuss the strike threat amid fears in Whitehall that the action could be worse than the junior doctor walkout in 2015.