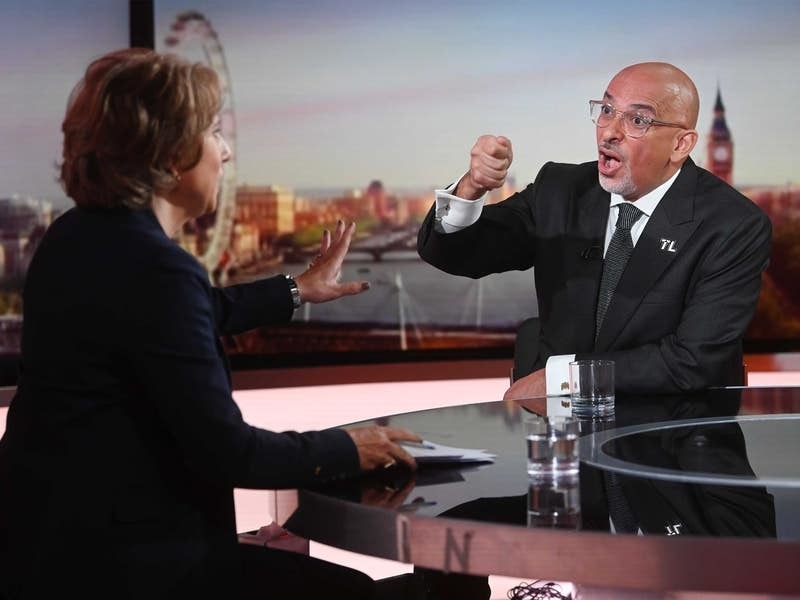 Cabinet minister Nadhim Zahawi has insisted he does not know who called a controversial meeting between Boris Johnson and Sue Gray over the senior civil servant’s pivotal partygate report.

The Education Secretary was repeatedly asked during broadcast interviews if he knew who had arranged the meeting and said he did not know but insisted the Prime Minister would “never intervene in Sue Gray’s investigation”.

The Prime Minister is facing pressure to “urgently explain” why the talks took place, with Labour arguing public confidence in the process had already been “depleted” and people “deserve to know the truth”.

The exact nature of the talks remains unclear.

Such meetings would not have been viewed as unusual, the source said, with the aim to take stock of what stage the report was at.

It was initially reported by the BBC that the discussions touched on whether photos would be revealed to the public and that Ms Gray initiated the meeting “to clarify her intentions” for what would happen once the police investigation concluded.

However, a spokesman for the Gray inquiry disputed this account of events.

It has been reported the idea was in fact suggested by a No 10 official while the calendar invite was sent by Ms Gray.

This version of events was corroborated to the PA news agency by one source close to the inquiry, but uncertainty remains over the circumstances that led to the talks.

On Sunday, Mr Zahawi repeatedly failed to say who called the meeting between Mr Johnson and Ms Gray, conceding he did not know the answer.

He insisted the Prime Minister has “never intervened” in the senior civil servant’s investigation and Ms Gray’s integrity is “unquestionable”.

However, he was not able to say who called the meeting or what was discussed.

He told Sky News’ Sophy Ridge on Sunday programme: “All I can say to you is the meeting that took place between Sue Gray and the Prime Minister – I can’t tell you who called the meeting.”

Asked if he could not say who called the meeting because he did not ask No 10, or because it did not tell him, Mr Zahawi said: “(I’ll) tell you what the answer is, the answer is very simple.

He later told the BBC’s Sunday Morning programme that he had not asked No 10 who called the meeting because he did not deem it necessary.

Asked if he had called Downing Street for clarification over the matter, Mr Zahawi said: “I don’t need to because I don’t believe that having a meeting with your senior civil servant is material to the outcome.

“That civil servant is independent in their investigation and has the highest level of professionalism and integrity.

It comes as about 30 people, including Mr Johnson, are being contacted by the Cabinet Office to warn them of the contents of the document ahead of its expected publication next week.

It is thought that most of the letters were sent out on Thursday, as the Metropolitan Police concluded its investigation into lockdown breaches in Downing Street and across Whitehall.

Angela Rayner, Labour’s deputy leader, has called on the Prime Minister to “urgently explain” why the “secret meeting” with Ms Gray took place.

Downing Street insisted Mr Johnson had been “clear throughout” that the report should be “completely independent”.

Like Mr Zahawi, she said she did not know who had organised the meeting with Mr Johnson, adding: “I don’t follow anybody’s diaries.”

“I don’t think Sue is in any way likely to be someone who’s pushed around.

“She’s an amazing, very clear-headed, strong and independent-minded lady, and she will publish the report she feels is right, as the Prime Minister asked her to do originally.”

He told Sky’s Sophy Ridge on Sunday: “We don’t know the details of that meeting, it’s not clear who called it, there’s different accounts of that, so it’s hard for me to say what was said there.

“I do have faith in her integrity and let’s see what she says when the report comes out.”