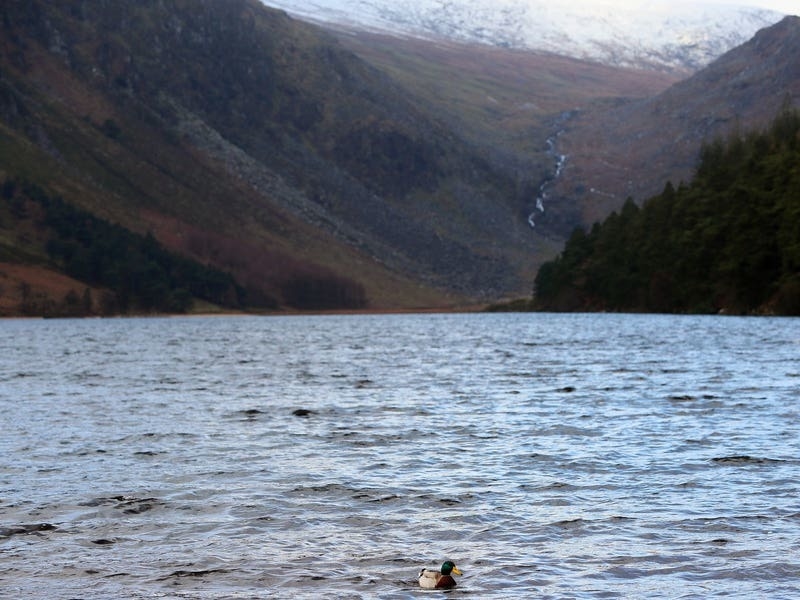 It comes as the Irish Government approved plans for a 400 euro monthly payment for households accommodating refugees from Ukraine.

Integration Minister Roderic O’Gorman and his officials faced questions from an Oireachtas committee over the Government response to the Ukrainian refugee crisis.

Fianna Fail TD Cathal Crowe, who represents Clare, made a highly-charged intervention to warn that his county was struggling to provide all the necessary services to Ukrainian refugees.

Mr Crowe, alongside Social Democrats TD Holly Cairns, asked Mr O’Gorman why Ukrainians had not, unlike thousands of other refugees arriving into Ireland, been forced into the widely-criticised direct provision system.

Mr Crowe said that 2% of the population in the county is now Ukrainian.

“I would want to be put in a place that ticks more than the roof over my head box, a place that could meet my family’s educational, transport, health needs.

“That isn’t the strategy at the moment.

“They are being sent to scenic beauty spots.

“Which is fine in the month of May 2022, but will be a different story from the autumn?

“This cannot all be funnelled through Ireland’s beauty spots and seasonal hotels.

“No-one is looking at the ancillary services that these people require, the pastoral care, the support.

“It won’t haunt us now but it will haunt us in the months ahead. We need a more holistic, nationwide response.”

Mr O’Gorman, who said in his opening statement to the committee that parts of the Government response had been “imperfect”, said that the EU temporary protection directive was the reason for the different treatment received by Ukrainians compared with other refugees.

“There is a very substantial number of Ukrainians in Clare.

“I understand its impact on very small towns and villages,” he told Mr Crowe, as he stressed that refugees were being housed across the country.

“We are in a European war right now. This is not normality in any context.

“One deputy said that we did not expect to be dealing with this last year.

“We didn’t expect this on February 14 this year.

“Our responses had to be an emergency one.”

Mr O’Gorman also spoke at length about the arrangements for the new opt-in payment, which was approved by the Cabinet on Tuesday and will require new legislation.

He said it might be July until people receive the payment, which will be paid as long as a Ukrainian family or individual is staying in an Irish household for at least six months.

He said it was a “flat fee” and did not change even if someone was hosting more than one Ukrainian person.

“I know there are a very significant number of people who probably don’t want to take this, who feel they’re doing this out of solidarity,” Mr O’Gorman said.

“We also felt it was important to recognise that, in terms of cost-of-living pressure, there are definitely additional costs of someone living in your house and we wanted to provide this recognition.

“It’s not taxable, the payment, and it doesn’t interfere with the allocation of any social welfare benefits.”

Appearing later on Tuesday afternoon, representatives from the Irish Red Cross said that 33 million euro had been raised in donations in response to the war in Ukraine.

It comes as the organisation also received over 25,500 offers of accommodation.

Liam O’Dwyer, secretary general of the Irish Red Cross, said that three million euro would be used in Ireland to support Ukrainian refugees.

But he also warned that refugees being moved from place to place was an “issue”.

“I know that hotels are going to be used, shortly, for other purposes, and I know refugees are being moved from one place to the next.

“All of that is difficult.

“And I think lessons learned from that need to be learned quickly, because the refugees need to be communicated with.

“The biggest issue for them is what they call progression.

“Some have jobs and they want to know where they’re going to be, which is understandable.

“And when they’re being moved like that, that is an issue.”

The organisation was also asked about figures showing 22% of pledges had been withdrawn.

Mr O’Dwyer said it was “normal” and that in many cases people realise that an initial offer of accommodation may not be practical.