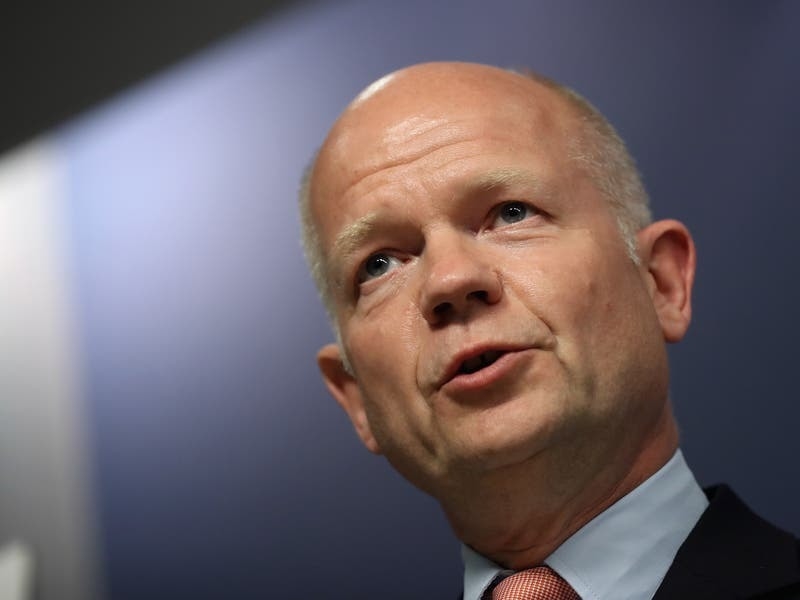 Writing in The Times, Lord Hague said the U-turn, which will see a ban on buy-one-get-one-free deals for foods high in fat, salt and sugar postponed for a year, adds to the “history of failed obesity strategies”.

The Government has said it intends to delay the measures for 12 months due to the “unprecedented” squeeze on living standards.

A ban on TV junk food adverts before a 9pm watershed has also been put on hold for a year.

Lord Hague warned it was a “terrible error” to associate conservatism with a reluctance to protect people, arguing it is in keeping with the party’s traditional values to save consumers from being “abused or misled”.

He wrote: “Under pressure from some Conservative MPs, some of whom have been threatening to write letters of no confidence in Boris Johnson unless they get their way, ministers have retreated from banning buy-one-get-ne-free deals and from imposing a watershed of 9pm on junk food advertising.

“While some measures, such as rules on the positioning of unhealthy foods by retailers, will still go ahead in October, this U-turn adds to the long history of failed obesity strategies.”

Lord Hague added: “MPs who have pressed, seemingly successfully, for the dilution of the obesity strategy are profoundly mistaken.

“They are acquiescing in a future of higher dependence, greater costs, reduced lifestyle choice and endless pain.

“For the Government to give in to them is intellectually shallow, politically weak and morally reprehensible.”

Ministers have said they are deferring the buy-one-get-one-free ban so they can review the impact on family budgets in the face of the cost-of-living crisis, and insisted they remain committed to tackling obesity.

Celebrity chef Jamie Oliver described the U-turn as a “wasted opportunity” and said it was proof the Government’s strategy was “falling apart” in practice.

The delay was also criticised by former health minister Lord Bethell, who said failure to tackle the “obesity crisis” would simply add to the costs of the NHS.

Asked about the Government decision to postpone certain measures to tackle childhood obesity, mental health minister Gillian Keegan said: “The decision has been made to pause by a year and the reason is because the evidence that they put together which showed the behavioural impacts could potentially change as a result of the cost-of-living crisis.

“So, at the time, I think it showed that people were eating more and actually not saving much money because it was more waste.

“I suppose the unknown thing is will people be the less wasteful when we’re paying more for food?

“So just so the Government could do some analysis on that.

“They decided to pause it just because the cost of living and food inflation and food cost and none of that was anticipated when the original evidence was gathered.”