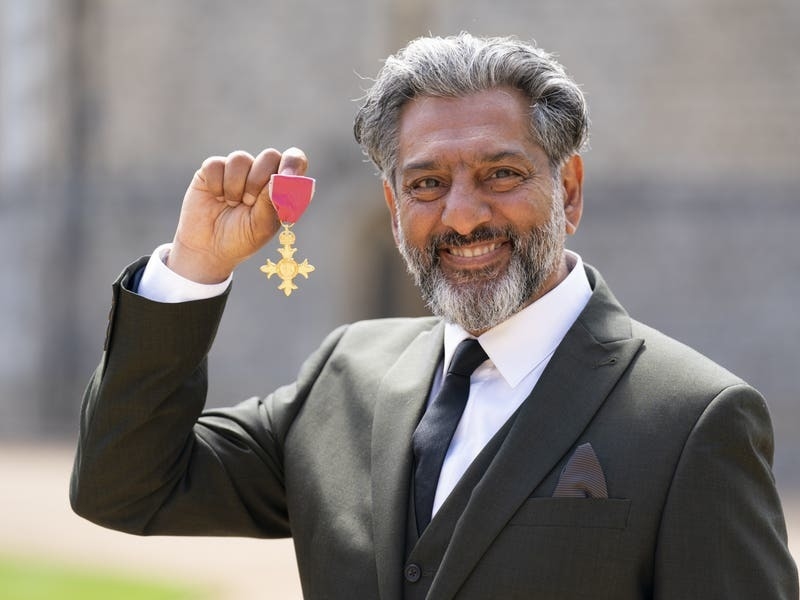 Former EastEnders actor Nitin Ganatra says he would consider returning to the show if asked, but said it needs “gutsy, courageous new teams” to help it compete with streaming giants.

Ganatra, who played Masood Ahmed on the BBC soap opera for nine years before leaving in 2019, was speaking after being made an OBE for services to acting by the Duke of Cambridge on Tuesday.

After the investiture ceremony at Windsor Castle, Ganatra, 54, told the PA news agency: “Obviously I love the character of Masood, he was a groundbreaking character.

“I was the longest-running Asian character in its history.

“So that’s quite a huge achievement in my eyes for an actor from a diverse background.

“Even the staff in the palace have been talking about it, going ‘we miss you in the show’.

“So it’s contributed a lot in terms of an Asian character that’s gone into the fabric of television culture.”

Asked if he would return to the show, he said: “You never say no.

“I still love the character and there is something extraordinary about that place.

“Would I go back? Of course, I would go back.

“But I’m having so much fun doing other characters.

“And they haven’t asked me back either so it’s always polite to go where you are wanted.”

He recently appeared in the new Apple TV mini-series The Essex Serpent.

Relative to its previous mass popularity, EastEnders has seen a decline in viewing figures in recent years, Mr Ganatra conceded.

“Soaps always go through downtimes and then they pick up momentum again,” he said.

But BBC, ITV, Channel 4 and Channel 5 are also now competing with an “ever-changing streaming world”.

“I wouldn’t say just a producer or a writing team, I think the whole approach to storytelling will inevitably have to change.

“It is so much of the culture of this country, that I wish it to survive.”

He dedicated his OBE to his father, J.K Ganatra, who died “a few months ago” aged 92.

He said: ”We are immigrants in the country and if it wasn’t for the work ethic of my mother and father, we wouldn’t have the strength of character to pursue our dreams in the way we do and live our lives.”

Alan Parsons, a studio engineer, songwriter, musician and producer was made an OBE for services to music and music production at the same event.

Parsons, who worked on albums such as The Beatles’ Abbey Road and Pink Floyd’s Dark Side Of The Moon, said: “I told him (William) I live in Santa Barbara, California, where Prince Harry and Meghan are almost neighbours of us.

“That put a smile on his face. He just smiled.”

Olympic cycling couple Laura and Jason Kenny became a knight and dame at the same investiture.