Volunteer police officers to be given Taser powers to boost defence 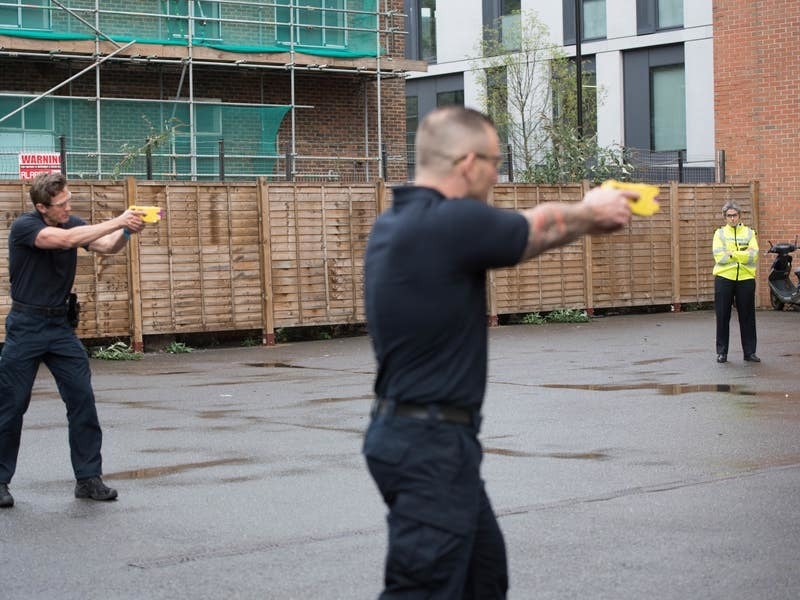 Volunteer police officers will be given powers to use Tasers in a move to put them on the same footing as their paid counterparts when fighting crime.

The Home Secretary is set to make the announcement on Tuesday as she delivers a speech at the Police Federation Conference, where she is also expected to call for “higher standards”, arguing that the public are in “urgent need of reassurance”.

Allowing special constables to carry Tasers, if authorised by their chief officers, will ensure they are not “at a disadvantage when facing an attacker wielding a knife or a marauding terrorist”, the Home Office said.

But Amnesty International UK’s policing expert warned that arming volunteer officers is “dangerous” and will inevitably lead to “more instances of misuse, serious harm and death from Tasers”.

The volunteers will receive the same Taser training as constables, with deployment of the weapons remaining an operational matter for police chiefs.

Speaking at the conference in Manchester, Priti Patel is expected to say: “Human rights are not just for criminals, but the law-abiding majority. And that means standing squarely with the police.”

It comes as ministers are set to update Boris Johnson on progress being made to tackle crime and restore confidence in the justice system.

At a Cabinet meeting on Tuesday, the Prime Minister will reinforce that the critical role of any government is to protect the public, No 10 said.

Ms Patel is also set to use her conference speech to acknowledge that the public are in “urgent need of reassurance” following the murder of Sarah Everard by a serving police officer.

Former Pc Wayne Couzens was handed a whole-life term last year for the rape and murder of the 33-year-old, after he abducted her in south London on March 3 2021.

She is expected to say: “We need to work together to create a better culture and higher standards.

“Giving officers every possible support includes giving them the confidence to blow the whistle when things go wrong, so that we can root out misconduct and corruption.

“The whole country was shaken and horrified by Sarah Everard’s abduction, rape, and murder by a serving officer. This horrendous case – and other revelations – have undermined confidence in the police. The public are in urgent need of reassurance.

“I am unequivocal that unacceptable behaviour must be rooted out and called out. Lessons must be learned, and every necessary change must be made, without fear or favour.”

“That is why this Government is determined to crack down on violence and restore confidence in our justice system, in order to truly level up the country.

“Through our Beating Crime Plan, we are putting thousands more police on our streets, getting tougher on violent criminals and cracking down on county lines drugs gangs – so that everyone can have the security and stability that comes from having safer streets.”

Oliver Feeley-Sprague, Amnesty International UK’s policing expert and a member of the independent advisory group to the National Police Chiefs’ Council lead on Tasers, said: “Arming volunteer officers is a dangerous expansion of Taser use and will inevitably lead to the increased firing of Tasers and more instances of misuse, serious harm and death from Tasers.

“It’s our understanding that specials will be subject to a rigours assessment prior to being selected to undergo Taser training, but arming volunteers who receive less training overall and do less hours on the job is a worrying erosion of safeguards over Taser misuse.

“Tasers are potentially lethal weapons, linked to hundreds of deaths in the USA and a growing number in Britain, and we’ve always said that UK police forces needed to restrict their use to highly-trained specialist officers, trained on a par with officers carrying firearms.

“We also have specific concerns about Tasers being used against vulnerable groups such as those with mental illness, children and their massive overuse on black people.”