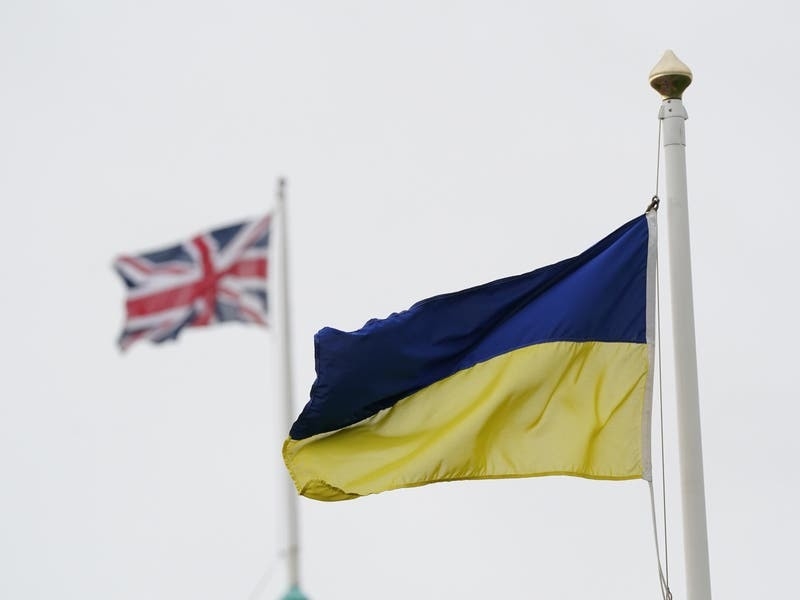 More than half of Ukrainians arriving in the UK are struggling financially, without enough money to support themselves and their family for the coming weeks, a survey has suggested.

The majority will be looking for work straight away, according to the findings.

Experimental research by the Office for National Statistics (ONS) questioned a sample of adults who had arrived in the UK by April 19 under Ukraine visa schemes.

When asked if they had “enough money to support yourself and those dependant on you for the next three months”, 55% said no and 26% said yes.

The findings indicate nearly seven in 10 respondents (68%) aged between 18 and 65 were “very likely or likely to look for work in the next month”.

The majority of those who had arrived (82%) were female and 44% were aged between 30 to 49, making this the largest age group for people coming to the UK.

Almost half of the respondents (48%) said they were living with at least one dependent child. Of those who had children, the findings also suggested 48% had at least one child of primary school age.

Most of the people who took part in the survey were living in England (93%), with 31% currently in London.

More than two-thirds (69%) said they would prefer to live in urban areas, with 36% selecting London as the place they would “most like to live”, the ONS report said.

Overall, a third (33%) of respondents said they intend to stay in the UK for three years or more, while 30% said they plan to stay for up to three years and 31% did not know.

In March the Government launched two visa schemes so those fleeing the conflict in Ukraine could come to the UK for up to three years.

The ONS carried out the UK Humanitarian Response Insight Survey in a bid to “understand the experiences and intentions of those arriving in the UK” under the schemes but said “care needs to be taken” when interpreting the findings.

Some 46,100 people had arrived in the UK under the Ukraine visa schemes as of May 9, according to Government figures.