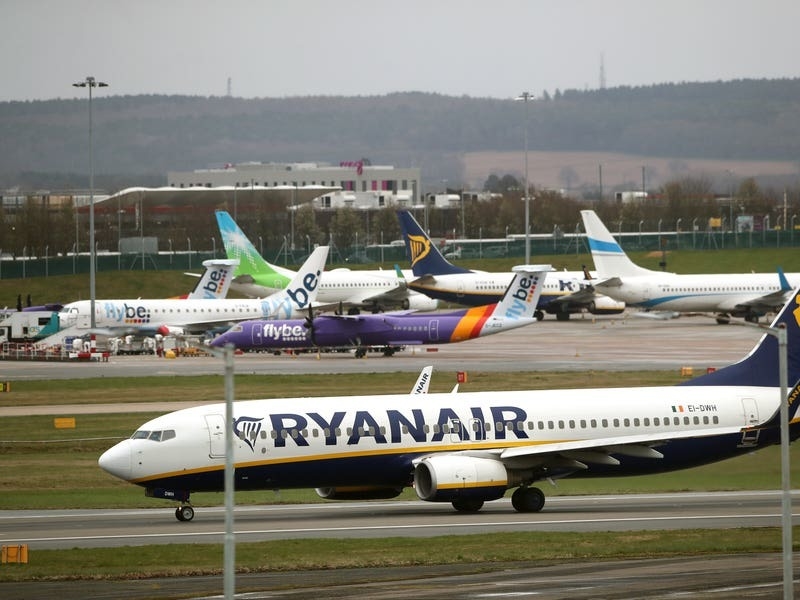 Ryanair boss Michael O’Leary has warned flight prices could rise by nearly 10% this summer due to soaring demand for European holidays.

He said holidaymakers should brace for prices to rise by a “high single-digit per cent” over the peak season as demand for breaks on European beach resorts rebounds thanks to the lifting of pandemic travel restrictions.

The budget airline’s chief executive also said there were likely to be ongoing delays at airports, blaming staff shortages.

Mr O’Leary said there are “pinch-points” in particular at Heathrow and Manchester, where he claimed “too many people” have been sacked.

The comments came as Ryanair reported annual underlying losses narrowing to 355 million euros (£302 million) and said it hopes to return to “reasonable profitability” in the current financial year.

But it cautioned that despite a bounce back in passengers and bookings, the recovery “remains fragile”.

Mr O’Leary’s comments mark the latest pricing alert ahead of the peak season, after holiday giant Tui last week said it would not be offering last-minute, low-price deals this summer due to a recovery in customer demand.

Ryanair signalled prices would ramp up over the next few months in the sector due to a cut of about 15% in European flight programmes across the sector over the summer.

He told BBC Radio 4’s Today Programme: “For the September-quarter at the moment, based on about 50% of all bookings, we expect prices will be up high single digit per cent.

“It seems to us that there will be higher prices into that peak summer period because there’s so much demand for the beaches of Europe and those price rises going to continue.”

The group said its peak fares for this summer may rise above those seen before the pandemic struck.

The group’s loss for the year to March 31 was smaller than expected and narrowed from the 1.02 billion euros (£867 million) losses seen the previous year, when trading was badly impacted by the pandemic.

It saw demand recover strongly as it carried 97.1 million passengers, up from just 27.5 million the year before thanks to the lifting of pandemic restrictions.

The group hopes to boost this further to 165 million passengers this year – ahead of the 149 million record level seen pre-Covid – but said that it was still having to slash prices in its first quarter to secure bookings amid ongoing uncertainty.

Mr O’Leary said it was “impractical, if not impossible” to give profit guidance for 2022-23 due to the risk to holiday bookings from Covid and the Ukraine war.

He revealed that news of Russia’s invasion of Ukraine cost it around one million bookings at the end of February and the beginning of March.

The carrier also cautioned over rising fuel costs due to soaring oil prices amid the Ukraine war.

With a fifth of its expected fuel needs not already secured in advance, this “will give rise to some unbudgeted cost increases”, the group said.