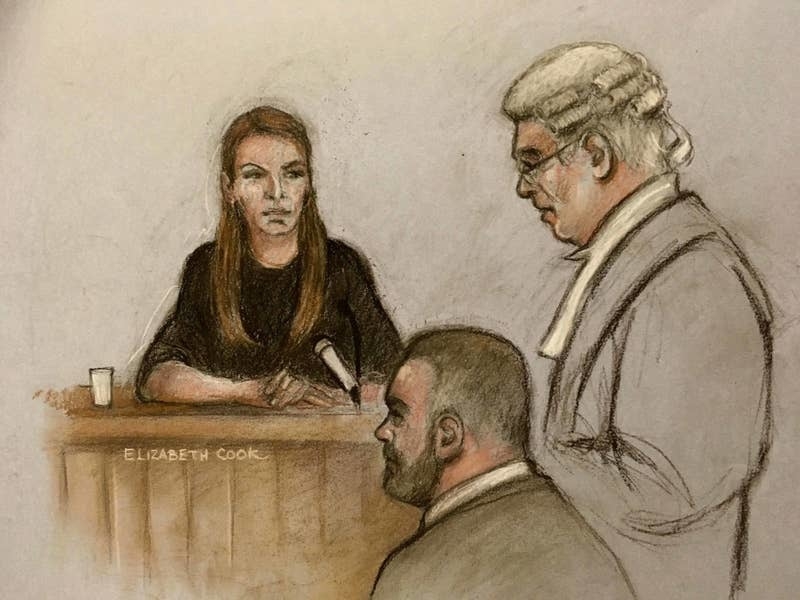 Messages between Rebekah Vardy and her agent about Coleen Rooney were “evil and uncalled for”, the former England captain’s wife has told the High Court as she finished her evidence in the women’s high-profile libel trial.

In a viral social media post in October 2019, Mrs Rooney, 36, said she had carried out a “sting operation” and accused Mrs Vardy, 40, of leaking “false stories” about her private life to the press – prompting her to be dubbed “Wagatha Christie”.

Mrs Vardy, who is married to Leicester City striker Jamie Vardy, denies leaking stories to the media and is suing her fellow footballer’s wife for libel, while Mrs Rooney is defending the claim on the basis her post was “substantially true”.

Towards the end of her cross examination by Mrs Vardy’s barrister Hugh Tomlinson QC on Monday, Mrs Rooney was asked about the aftermath of her “reveal” post and Mrs Vardy’s response.

“She says she has zero interest in what’s going on in my life, which I believe is totally untrue,” Mrs Rooney replied. “She talks about me a lot… so that was a lie,” she added.

Mrs Rooney then discussed WhatsApp messages the court had heard between Mrs Vardy and her agent Caroline Watt – where Mrs Rooney was discussed.

She said she had never met or spoken to Ms Watt, commenting on the agent’s exchanges with Mrs Vardy: “The messages that went on between them were just evil and uncalled for.”

“There’s no need for it, I’ve never done anything to them,” Mrs Rooney added.

The footballer’s wife later said she had a lot of people contacting her immediately after the post and Mr Tomlinson said people online were calling her “Wagatha Christie”.

She responded: “Yeah, which I just think is ridiculous.

“I got a lot of people sending me pictures, screenshots and obviously people didn’t realise how serious what was behind it was.

Later asked about the abuse Mrs Vardy received on social media after the reveal post, Mrs Rooney said: “I know and it is disgusting. I would never ever wish that upon anyone.

“I was getting trolled as well but obviously Mrs Vardy’s was disgusting, the things they were saying … the world we live in today and the trolling is terrible.”

She told the court that she did not say anything further about her investigation, either to Mrs Vardy or publicly, because of a legal letter she had received from Mrs Vardy’s lawyers.

She said: “I was quite threatened by it. I just held off and tried to take direction from what the solicitors advised me.”

Earlier on Monday, Mrs Rooney said she wanted a “totally untrue” story about a so-called gender selection procedure to be published as “evidence” for her sting operation to discover the source of leaked stories.

“Let’s go and see what this gender selection is all about,” Mrs Rooney posted, accompanied with a number of heart emojis and what appeared to be a grimacing face emoji.

Around four months later, The Sun published a story online on August 15 2019 with the headline “Col’s baby girl bid”, marked as an exclusive, detailing Mrs Rooney’s alleged “desperate bid to have a baby girl”.

Asked about this post by Mr Tomlinson, Mrs Rooney said: “I wanted the story to run so I had evidence.”

Mrs Rooney also told the High Court she “had suspicions” that Mrs Vardy’s Instagram account was responsible for leaking information to journalists when she unfollowed her on the social media site.

She said the pair were “not good friends” and that if someone had unfollowed her she would “probably just forget about it and not message” the person, adding: “I wouldn’t have been that bothered really.”

She said: “I felt it was suspicious. Obviously, I had suspicions in other ways, so this just added to the suspicions that I had.”

Mrs Rooney is defending the libel claim brought by Mrs Vardy on the basis of truth and public interest.

The libel battle comes after Mrs Rooney publicly claimed that an account behind three fake stories in The Sun that she had posted on her personal Instagram account was Mrs Vardy’s.

As well as the “gender selection” post, the fake stories Mrs Rooney planted on her Instagram during the sting operation also included her planning to return to TV, and the basement flooding at her home.