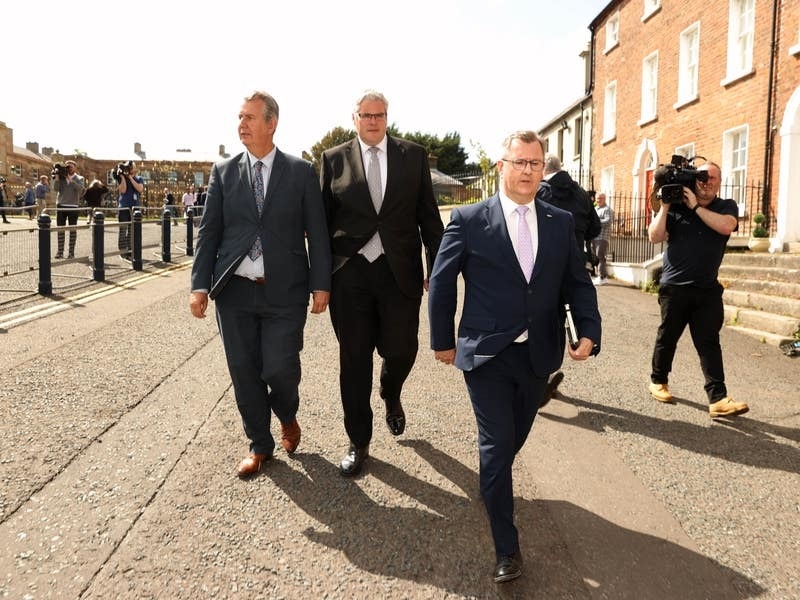 Stormont parties on Monday described “robust” meetings with UK Prime Minister Boris Johnson as he sought to break the deadlock over the Northern Ireland Protocol.

Mr Johnson flew into the region for a series of meetings with the Stormont parties in a bid to restore the powersharing government.

The party, led by Sir Jeffrey Donaldson, has come under pressure from other parties to take part in government.

The Alliance Party described the meeting with Mr Johnson as “robust and very frustrating”.

Deputy leader Stephen Farry said: “We were giving him a very clear warning that if he plays fast and loose with the protocol and indeed the Good Friday Agreement, then he is going to be adding more and more instability to Northern Ireland.

Speaking after his party’s meeting, Ulster Unionist leader Doug Beattie said: “If the UK Government takes steps tomorrow or this week to fix some of the issues that we see with the protocol, it is important that we then nominate a speaker and we get back to government and start doing the work.

“And if we do not get back into government, then we need to identify who is blocking it and we need to bypass them.”

“If the British Government tomorrow signal their intent to break international law by legislating to rip up the protocol at Westminster, he (Mr Johnson) will not have the support of the vast majority of people in Northern Ireland,” he said.

Sir Jeffrey rejected the idea that Mr Johnson was picking sides in the row over the protocol.

“The idea the Prime Minister is taking sides is for the fairies,” he said.