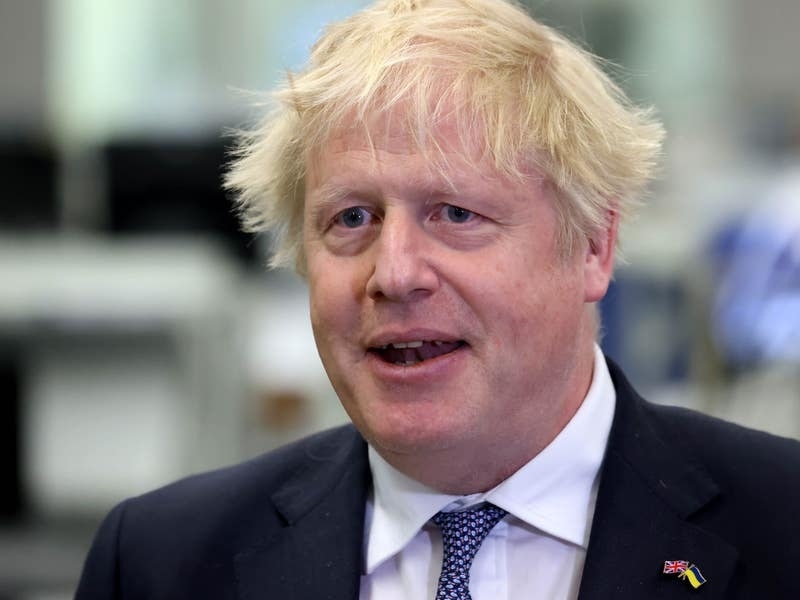 Boris Johnson said his plan to legislate to rip up Northern Ireland’s post-Brexit trading arrangements was an “insurance” policy if a fresh deal could not be reached with the European Union.

The row over the Northern Ireland Protocol has created an impasse in efforts to form a new executive in Stormont, with the Democratic Unionist Party refusing to join a new administration unless its concerns over the arrangements are addressed.

The move could risk a trade war with the European Union, but Mr Johnson is frustrated that talks with Brussels to resolve the protocol problems have not made sufficient progress.

“None of the parties – I spoke to all five parties just now – not one of them likes the way it’s operating, they all think it can be reformed and improved,” the Prime Minister told reporters in Belfast.

“But to get that done, to have the insurance, we need to proceed with a legislative solution at the same time.”

Foreign Secretary Liz Truss is expected to set out plans for legislation to rewrite the protocol when she addresses MPs at Westminster on Tuesday.

The row over the protocol has prevented the formation of a new executive, with Sinn Fein’s president accusing Mr Johnson of “placating” the DUP over the issue.

He added: “The issue they have is that they object to the operation of the protocol. We don’t want to scrap it, but we think it can be fixed.”

“It’s very clear to us that despite all of the rhetoric from the British Government about re-establishing the Executive here in the north, that in fact their priority is placating the DUP,” she said.

She added: “We have said directly to him that proposed unilateral act of legislating at Westminster is wrong.

Mr Johnson acknowledged that the meetings were “robust”.

Taking questions from reporters, the Prime Minister said: “We all see there is a problem that needs to be fixed.”

“I have got to find a way of getting the balance of the Good Friday Agreement respected and getting both traditions, both communities, coming together for the benefit of the people of Northern Ireland,” he said.

In an interview with Channel 4, Mr Johnson also defended his own central role in the negotiation of the protocol, hitting out at the EU in the process.

He said that he believed checks between Great Britain and Northern Ireland could be removed “without doing the slightest damage to the EU single market”.

“We cannot go on like this,” the DUP leader said after meeting Mr Johnson.

“Clearly, we want a fully functioning executive and we want that to happen as soon as possible, and therefore, we’re looking now to the Government.

“That’s what we’re looking for from our Government, from our Prime Minister, it’s decisive action on the protocol.

“We’ve heard the words, now we need to see the action,” he added.

Mr Johnson was booed and jeered by around 200 people who gathered at the gates of Hillsborough Castle as his cavalcade drove in.

Sir Jeffrey rejected the suggestion that Mr Johnson was picking sides in the row over the protocol.

He said: “This is the same Sinn Fein who were in Dublin this morning asking the Irish Government to take their side.

Taoiseach Micheal Martin said the deadlock between the UK and the EU can only be solved through “substantive talks” between the two sides.

Ireland’s foreign minister Simon Coveney, who was in Brussels on Monday for talks with EU counterparts, warned that the entire UK-EU Trade and Co-operation Agreement deal – the TCA – could be jeopardised if Mr Johnson takes unilateral action on the protocol.

Acting unilaterally “means tension, rancour, stand-offs, legal challenges and of course calls into question the functioning of the TCA itself, because the TCA and the Withdrawal Agreement are interlinked, they rely on each other”, he said.

Northern Ireland’s 1998 Good Friday/Belfast peace agreement contains provisions to protect and develop relations both on a north/south basis on the island of Ireland and on an east/west basis between the island and Great Britain.

A majority of MLAs in Stormont’s newly elected Assembly represent parties that support retaining the protocol, claiming that it offers Northern Ireland some protection from the negative economic consequences of Brexit.

They point to the unfettered access Northern Ireland traders have to sell into the EU single market as a key benefit of the protocol.

But the new Assembly has been unable to convene due to the DUP’s refusal to engage in the institutions until major changes to the protocol are secured.

The Stormont election saw Sinn Fein displace the DUP to become the overall largest party in Northern Ireland for the first time.

The DUP remains the largest unionist party in the region and, under Stormont rules, a new executive cannot be formed unless it agrees to nominate to the post of deputy first minister.

The DUP has also blocked the nomination of a new Assembly speaker, meaning the legislature at Parliament Buildings cannot meet while the impasse continues.

Contention over the protocol was not the sole focus of Mr Johnson on Monday as he used his visit to pledge delivery of three pre-existing commitments: a stalled language and culture package; ensuring women and girls have full access to abortion services; and introducing new measures to deal with the legacy of the past.