William hands FA Cup to Liverpool after victory against Chelsea 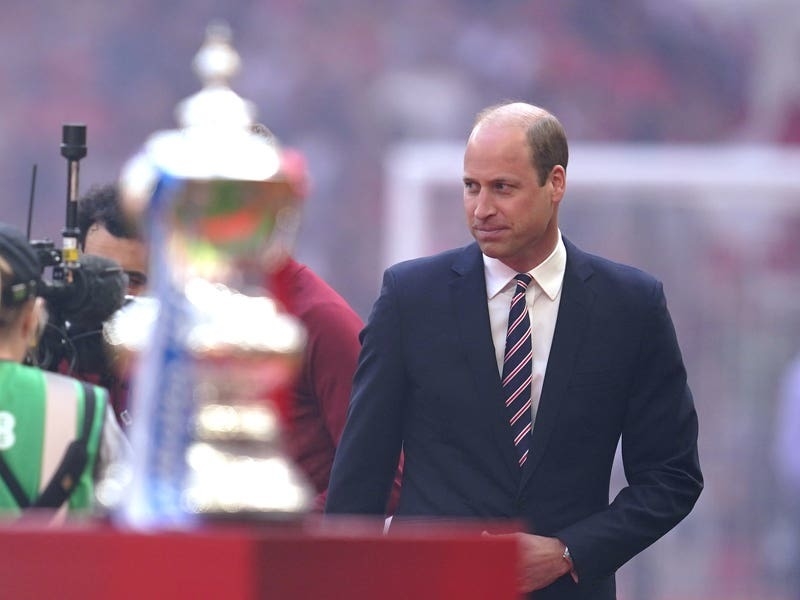 The Duke of Cambridge handed the FA Cup trophy to a jubilant Liverpool after their win against Chelsea at Wembley Stadium.

Manager Jurgen Klopp’s side beat Chelsea 6-5 on penalties after a goalless 120 minutes on Saturday.

William gave the cup, adorned with red ribbons, to Liverpool captain Jordan Henderson from the royal box as fans cheered.

It was passed from player to player before a beaming Klopp proudly raised the trophy – his first in the competition – above his head.

“Very well deserved after a long journey and commiserations to @ChelseaFC, you showed real fight for the full 120 minutes and more. W #FACupFinal”.

The royal, who, as the president of the FA is a regular at the FA Cup final, earlier shook hands and handed medals to the players.

Liverpool’s victory marked their eighth in the FA Cup, and their first since 2006.

Earlier, some fans in the crowd were heard booing in the TV coverage as William shook hands with players ahead of the kick off.

The duke visited the 40-year-old, known online as Bowel Babe, at her family home in Surrey to hand over the honour for her “tireless campaigning” to raise awareness of bowel cancer.

Dame Deborah posted pictures of William with herself and her family on Instagram and said the visit gave her family “so much to smile about in the sadness”.

The campaigner, who has has raised more than £5.7 million for Cancer Research UK, has been moved to hospice-at-home care to treat her terminal bowel cancer.