Jeremy Hunt: I was at top of rogue system as health secretary 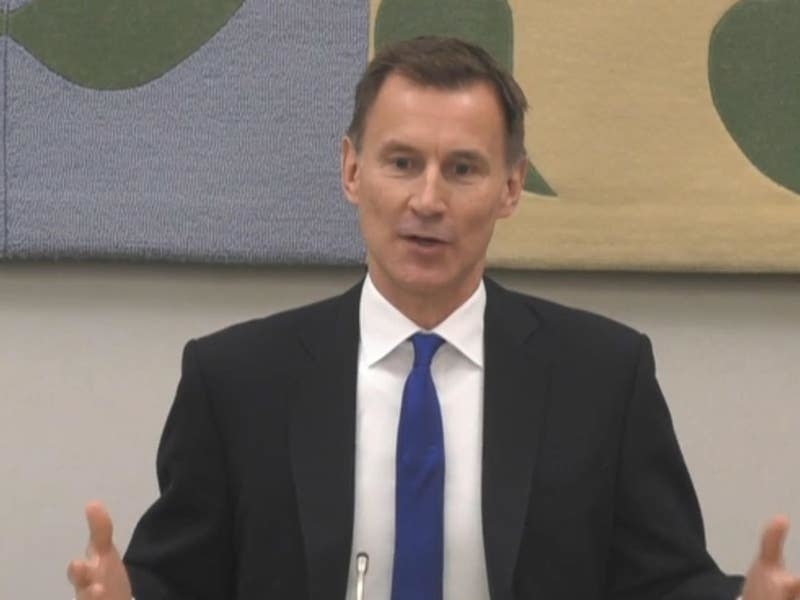 Jeremy Hunt has described sitting at the top of a “rogue system” when he was health secretary, as he reportedly told how he was “shocked to his core” by failures in care.

The current chair of the Health and Social Care Committee said the a fear of transparency and honesty in the NHS when it comes to avoidable deaths and mistakes is a “major structural problem” that must be addressed, in comments reported in the Sunday Times.

Mr Hunt was the strongest opponent against Mr Johnson for the top job in the party in 2019, and has been touted as a possible candidate should there be another contest.

He is quoted in the Sunday Times as referring to the Morecambe Bay NHS trust maternity scandal, saying: “It was not about rogue staff or a rogue hospital. It was about a rogue system. A rogue system that I, as health secretary, sat at the top of.”

Mr Hunt was reportedly “shocked to his core” by failures in care, including avoidable deaths, the newspaper said.

He warned that when it comes to changes in the health service “the foundation of any reforms must be to improve the quality as well as the quantity of care delivered”.