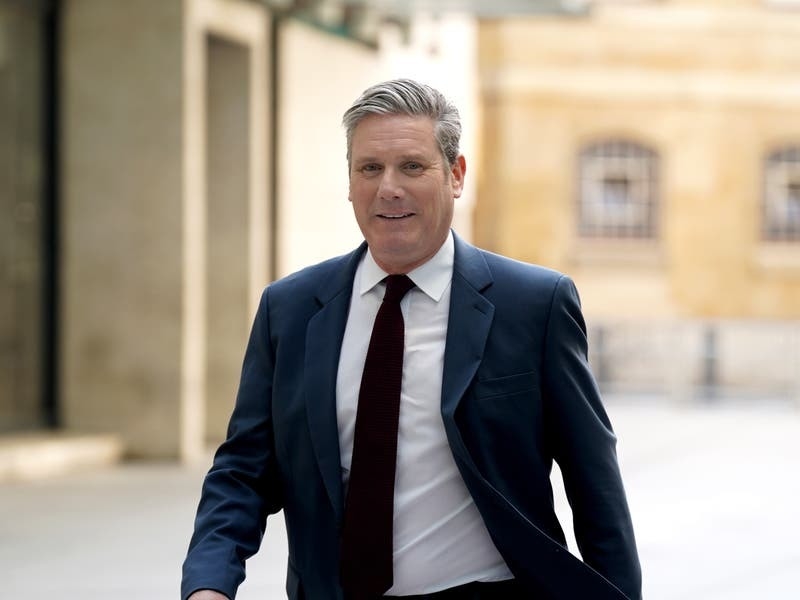 Labour leader Sir Keir Starmer said it “makes absolutely no difference” whether deputy Angela Rayner was present when he was seen drinking a beer with party workers during Covid restrictions.

Sir Keir said there was a “stark contrast” between the gathering in the Durham constituency office of the local MP in April last year and the rule-breaking in Downing Street that has seen Boris Johnson fined by police.

The Opposition leader was facing renewed scrutiny after Labour acknowledged Ms Rayner was at the event, having previously told journalists she had not been, with a source insisting it was a “mistake made in good faith”.

“Stark contrast between that and the goings-on at Downing Street where we know there were 50 fines issued already and an investigation still going on – so there’s absolutely no comparison to be made here.

“Obviously I do understand, with elections coming, why the Tories are trying to throw as much mud as they possibly can, but the issue that I’m utterly focused on is the cost of living crisis, helping people with their energy bills and calling the Government out for imposing even more tax on people in the middle of a cost of living crisis.”

Tory MPs have been pressing police to reconsider their decision not investigate the event following the fine issued to the Prime Minister for attending gathering in No 10 for his 56th birthday on June 19 2020.

Durham Police confirmed they have received “a number of further communications” which they will be responding to, but said they are not currently investigating the matter.

The gathering, which included an online Labour Party event, took place on April 30 last year in the constituency office of the City of Durham MP Mary Foy.

Non-essential retail and outdoor venues including pub gardens were open at the time but social distancing rules, such as for no indoor mixing between households, remained in place.

The Daily Mail said that when its reporters approached party officials in January, they had been told Ms Rayner was not present.

However, after it produced video evidence that she had joined Sir Keir at the gathering, they admitted she had been there.

A Labour source told the PA news agency it had been a “genuine mistake”, while a spokesman said there was “no comparison” with the parties which took place in No 10 and Whitehall.

He said: “Keir Starmer was in the workplace, meeting a local MP in her constituency office and participating in an online Labour Party event.

“They paused for food as the meeting was during the evening. No rules were broken.

“There is simply no comparison between standing in a kitchen having something to eat between meetings, with multiple, flagrant rule-breaking drinks parties at the heart of Government, dismissed by lies at the despatch box and resulting in an apology to the Queen.”

Meanwhile, the Tory MP pressing police to reconsider their decision not to investigate Sir Keir denied that he may have breached Covid regulations.

The Mirror reported that North West Durham MP Richard Holden posted a statement on his Facebook page the same week as the Labour event took place about a curry lunch he attended with Gurkha soldiers in their mess in Kent.

Mr Holden said he had been on an official British Army visit with both Conservative and Labour MPs organised through the parliamentary armed forces scheme in accordance with the rules in place at the time.

“As part of the events during the day, one of the things we always do on the armed forces parliamentary scheme visits – which are arranged by the British Army in full accordance with their rules – is we sit down and eat with the troops,” he told the PA news agency.