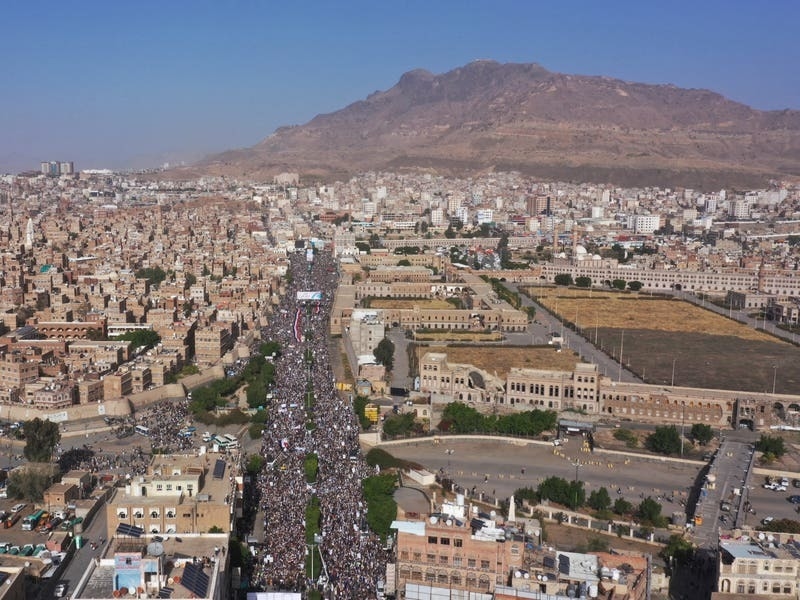 A British man imprisoned when his child was only a few months old has been released after being detained in Yemen without charge or trial for five years.

Luke Symons, according to Amnesty International, had been held by Houthi rebels in Sanaa, the capital of the civil war-torn country, since his arrest at a security checkpoint in April 2017.

Foreign Secretary Liz Truss said Mr Symons would “soon be reunited with his family” after an ordeal that saw him mistreated and put in solitary confinement.

Kevin Brennan, MP for Cardiff West, had campaigned for his constituent’s release and raised his unlawful imprisonment with Boris Johnson at Prime Minister’s Questions in January.

The Labour politician tweeted: “This is terrific news – after five years finally my constituent Luke Symons has been released from captivity.

“Thanks to all at the FCDO (Foreign, Commonwealth and Development Office) and most of all to Luke’s family for their tireless campaigning.”

In a statement, Mr Truss said :“I am pleased that Luke Symons, who was unlawfully detained, without charge or trial since 2017 in Yemen, has been released.

“Luke was 25 when he was unlawfully detained by the Houthis. His son was only a few months old at the time.

“He was allegedly mistreated, in solitary confinement, and refused visits by his family.

“He has been flown to Muscat and soon he will be reunited with his family in the UK.

“We thank our Omani and Saudi partners for their support in securing his release.

“I pay tribute to our excellent staff for their hard work in returning Luke home.”

Mr Symons’ release comes after a two-month truce was implemented in Yemen on April 2.

It is the first nationwide ceasefire in the past six years in the Middle East country’s deadly civil war that erupted in 2014.

A Saudi-led coalition entered the war in early 2015 to try to restore the government to power.

Amnesty said Mr Symons had been seized while at a checkpoint in the south-western city of Taiz in spring 2017.

His relatives told the human rights agency they believed he had been arrested because he held a British passport and was suspected by the Houthis of spying, although he was never formally charged with any crime.

The family told Amnesty that Mr Symons, whose wife is said to be a Yemeni national, had been beaten by his captors in a bid to extract a confession of spying out of him and that his physical and mental health had suffered as a result of being placed in solitary confinement.