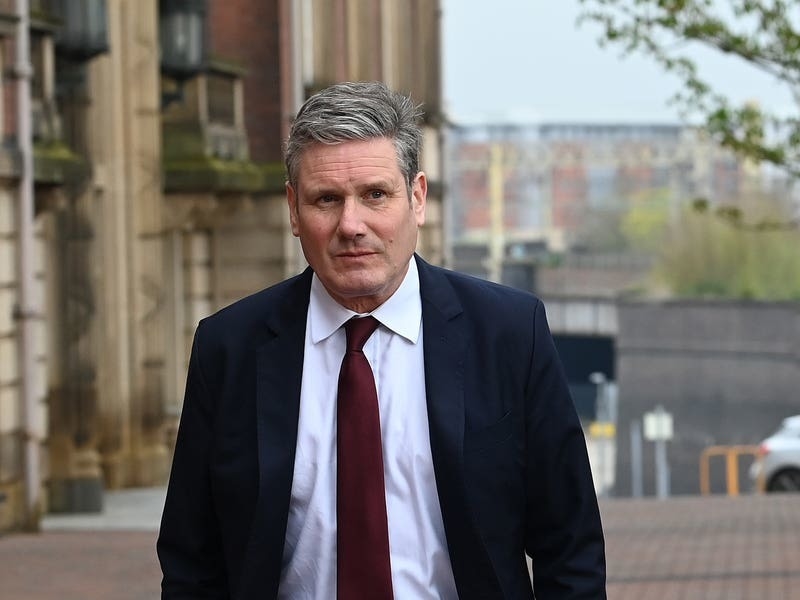 Labour is calling for an emergency Budget to deal with the cost-of-living crisis engulfing Britain.

Amid record petrol prices and soaring inflation, party leader Sir Keir Starmer accused Chancellor Rishi Sunak of “failing to do anything” to address the additional demands on household budgets in the spring statement last month.

The push for an emergency fiscal event comes as the 1.25 percentage point rise in national insurance, which came into effect on April 6, is expected to be felt in monthly pay packets landing this week.

The opposition also recommended speeding-up efforts to better insulate homes and to commission the National Crime Agency (NCA) to claw back billions of pounds lost by fraud.

Sir Keir said: “The Prime Minister and Chancellor have spent the last few weeks once again entirely preoccupied with saving their own skins, failing to do anything to address the spiralling cost of living.

“People are working hard and getting less. This week, most people will see their pay squeezed further by a pickpocketing Chancellor who is content for his family to pay less, but to tax you more.

“Labour have put forward sensible, costed, practical measures that would give immediate help to working people up and down the country.

“The Government should hold an emergency Budget to enact them, and address the yawning chasm left by the spring statement.

“People need solutions, not cynicism, and now is the time to act.”

Labour is pushing for a one-off windfall tax on oil and gas producer profits to help cut household bills by up to £600.

A VAT cut on home energy bills and an increase and expansion of the Warm Homes Discount would also help to counter the rise in gas and electricity costs, the party said.

For businesses, Sir Keir said if his team was in power they would cut taxes for businesses by giving small and medium sized enterprises a discount on their business rates bill worth up to £5,700 this year, funded by a tax on the online retail giants.

It would also bring in a £600 million contingency fund, raised by the windfall tax on oil and gas producer profits, for those industries and businesses struggling the most with rising bills, like steel and other energy-intensive sectors.

Their policy of “rapidly ramping up” home insulation would save households an average of £400 every year on energy, according to the party.

And allowing the NCA to probe the £11.8 billion of taxpayer funds lost to fraud and error would mean “no more taxpayer money is flushed down the drain”, aides argued.