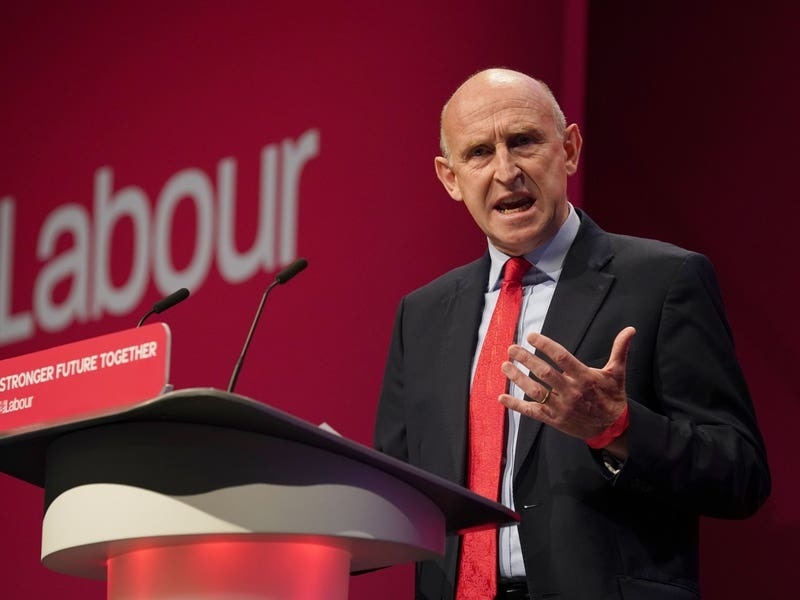 Forces families are “falling behind” because the UK Government is doing “too little to help” with the cost of living crisis, Labour has claimed.

Shadow defence secretary, John Healey, hit out at the situation as he met veterans during a visit to Scotland.

Speaking as he campaigned in Dunfermline, Fife, with Scottish Labour leader Anas Sarwar, Mr Healey said those serving in the armed forces had seen their pay fall over the last 10 years, insisting: “Ministers are failing Armed Forces families.

“Everyone’s bills are going up and the UK Government is doing too little to help, so forces families are falling behind.

“The Office for Budget Responsibility has said that we are set to see the biggest drop to household incomes on record this year.

“Unfortunately, Forces families across the country will be faced with tough financial decisions.”

Mr Healey continued: “Despite this, ministers plan a real-terms cut in day-to-day Ministry of Defence spending over the next three years. This means less money for forces recruitment, training, pay and families.

“No other Whitehall department has a real cut in revenue spending, and the Defence Secretary should never have agreed to it.”

“Every single Scot is living through the cost of living crisis and yet neither of Scotland’s Governments are doing anywhere near enough to help, Mr Sarwar said.

“The reality is that, after 15 years in power, all the SNP are willing to do is give families a pathetic £4 a week. Meanwhile, the Tories are putting up taxes in Westminster.

“Scottish Labour are the only party with a proper plan to tackle the cost of living, by rolling out a one-off windfall tax on gas companies and reducing the costs of everyday living. Scotland needs action and it needs it now.”

A government spokesperson said: “The UK Government has provided almost £300 million in cost of living help for people in Scotland, on top of the record £41 billion per year settlement announced at the spending review – the largest settlement since devolution.

“Armed Forces personnel will benefit from our £200 energy bill rebate, which is part of the £22 billion of support to help with the cost of living. This follows a pay increase for junior personnel last year and introduction of additional support for service families, such as wrap around childcare.

“We’ll continue to monitor how global events impact on energy bills here at home into the autumn and will consider further support if needed.”