Ukrainian family ‘so grateful’ for warm welcome from UK village 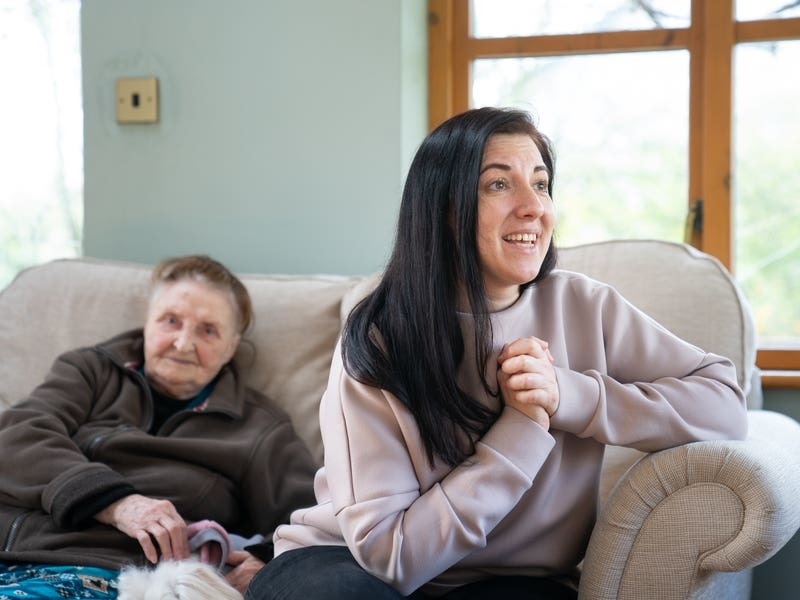 A woman who fled to the UK from Ukraine with her family has praised the “overwhelming” kindness of the Cambridgeshire village where they are now living.

Valeriia Starkova, 37, escaped the war-torn city of Kharkiv and, after a 22-day journey, arrived in Caldecote, eight miles west of Cambridge, last week.

The family of 10, spanning four generations and ranging in age from 10 to 90, are living in a home that businessman Mick Swinhoe, 52, bought next to his own just before the war broke out and that he initially planned to use as a “project house”.

She said a local councillor got in touch to say that their neighbours also wanted to help, and within a week everything on their list had been provided.

“They donated some duvets, pillows, all bedding we need, all kitchen appliances, basically everything that we need, even some food,” said Ms Starkova.

She added that one neighbour had offered to give them a car, and there had been offers of bikes for the three children.

“I feel protected. I feel safe. I’m going to cry. Overwhelming. I didn’t expect that.

“When we first decided to come here I thought it would be much much harder for us but volunteers helped us a lot.”

She said her two children, Alikhan, 10, and 12-year-old Kamila, and her half-sister, Miroslava Starkova, are a “little bit stressed” about starting at a new school.

“They said ‘I’m not going to understand anything’, ‘I will get the bad marks’,” said Ms Starkova.

“I said don’t worry about that, it’s all right, you will learn English very fast.

“I thought because of the language barrier they would be bored but the kids played, they translated with a Google translator, and they played some games.

“It was fun. Kids are quite relaxed.

“Not as stressed as we were in Ukraine of course.”

She said the school has offered to help with uniforms and stationery.

The software developer, who lives in Cambridge, said: “I’m thinking that right now we’re just getting all the people’s charity because there’s nobody else here.

“Everybody wants to help but we’re the only family here. That needs to change.

“So many people want to help, we just need to spread it more fairly among all the other families who need help.”

Noting that his sister is inquiring about an opportunity to work at a local supermarket, he added: “That’s the goal – to become self-sufficient.

“Charity’s nice but really the goal is to be self-sufficient.”

He described offers of support as “heart-warming and phenomenal”.

“It’s enhanced my feeling of living here – I’d never really realised the depth of support in the village.

“It’s a very tolerant village, a very broad-minded village. It’s made me realise it’s actually such a nice place to live.”

He said his two daughters, aged 11 and 15, could end up being friends with the Ukrainian children “until they are 90”.

She wants to sponsor her friend, Kristina Corniuk, 34, of Kyiv, and said the application was made within minutes of the scheme opening.

But she said she has heard nothing except an acknowledgement.

Ms Platings, of Cambridge, said: “I am really afraid for Kristina, and for all the people who have been forced to flee their homes under such terrible circumstances.

“The delay in issuing visas is adding to an already appalling humanitarian crisis and makes me feel ashamed for Britain.”

Ms Platings has said she will go on hunger strike to highlight the issue, and plans to stop taking all food from 8am on Friday, continuing until Ms Corniuk’s visa is granted.