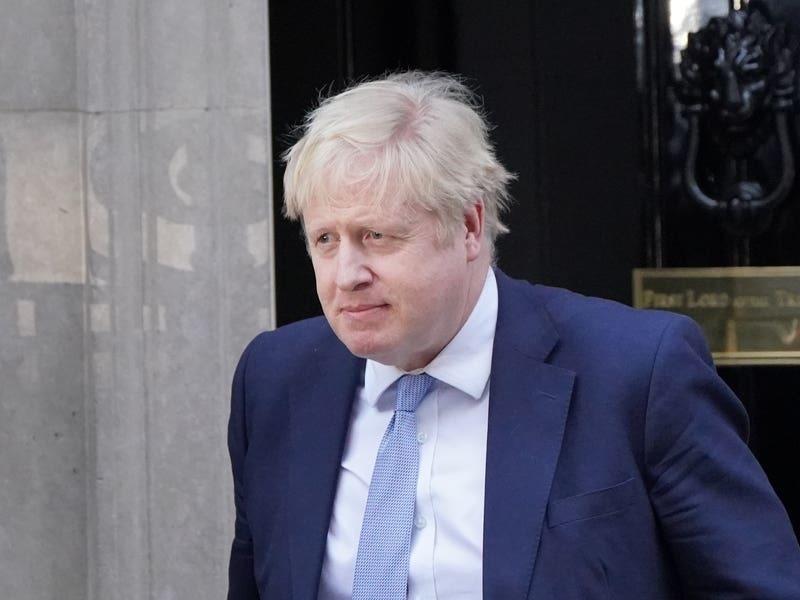 Boris Johnson has landed a temporary reprieve from any immediate threat to his leadership as Conservative MPs appeared to be satiated by promises to overhaul the operation of No 10 in response to the partygate saga.

The Prime Minister faced angry backbenchers on Monday as he offered his mea culpa to the Commons.

Mr Johnson apologised to MPs after senior official Sue Gray found “failures of leadership and judgment” as gatherings were held while England was under coronavirus restrictions in 2020 and 2021.

But by the time he met with parliamentarians in a rare gathering of the whole party later, a U-turn which promised to publish the eventual report in full and promises to shake up how No 10 and the Cabinet Office are run appeared to have calmed tensions, at least for the time being.

Ms Gray revealed in an “update” that of the 16 alleged gatherings she had deemed necessary to investigate, at least 12 linked to government properties in Downing Street and Whitehall were being investigated by the police.

Three alleged gatherings not previously reported were also included in the report.

But the police investigation had prevented her from delivering any meaningful report as to not impact the inquiry.

He added: “I get it, and I will fix it. I want to say to the people of this country I know what the issue is.”

However, he faced a hostile response from some on his own side and the threat of a vote of no confidence has not yet been defeated.

– Tory MP Angela Richardson announced she had quit as a ministerial aide to Michael Gove, sharing her “deep disappointment” at the handling of the partygate row.

In the Lords, ex-Whitehall chief and independent crossbencher Lord Kerslake said: “Even without the detail the general findings are utterly damning. This goes to the heart of government. Can government be trusted to do the right thing and tell the truth? It’s hard to think of anything more important than that.”

But Leader of the Commons Jacob Rees-Mogg said the “mood was positive” among Conservatives following an evening meeting on the Parliamentary estate.

He added: “So many people voted personally for Boris Johnson rather than voting for political parties.

“Politicians have to accept that our bosses are the British people, and they voted for that, they put him in office.”

Peterborough MP Paul Bristow acknowledged it had been a “difficult day” but said there was support for Mr Johnson.

The change in mood came as No 10 confirmed the PM would ask Ms Gray to produce a second report after the police investigation concludes, and committed to publishing it.

But Ms Gray’s full report and the result of the police probe could yet threaten his premiership again, and Mr Johnson’s former chief aide Dominic cummings is due to questions on the report online on Tuesday which could provide more damaging details.

Polling on Monday night from Opinium said 62% of UK adults wanted the PM to resign, and 64% believed Tory MPs should make him go.

It comes after the Met revealed it is reviewing more than 300 images and over 500 pages of information passed to officers by the Gray inquiry.

Mr Rees-Mogg suggested the images should also be published, as he said: “The more people see, the more understanding there will be of precisely what went on.”

While reports suggested he had told his party that election strategist Sir Lynton Crosby would be offering him strategic advice.

Mr Johnson insisted he was “making changes” to Downing Street and the Cabinet Office, including by creating an Office of the Prime Minister with a permanent secretary to lead No 10.

While Downing Street said work was being carried out on a new policy to tackle the drinking culture in No 10, although a blanket ban on drinking is unlikely given its function as a venue for receptions for visiting dignitaries and charity events.

However, one Conservative who heard from Mr Johnson on Monday said the message to him was that MPs would “judge you by your delivery”.