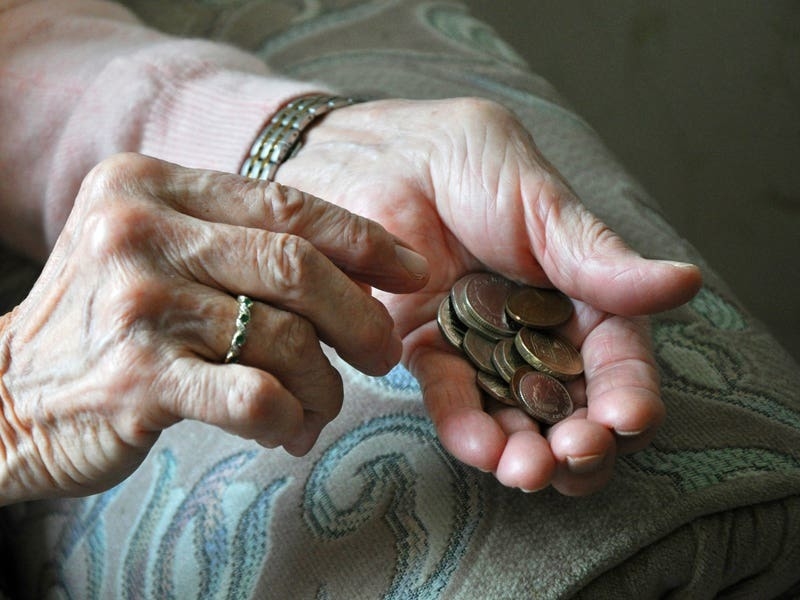 Low earners are more likely to respond to the rising state pension age by working for longer than those who are better off, research has found.

Combined, 65-year-olds are working an additional 1.8 million hours per week due to the latest increase in the state pension age from 65 to 66, according to the Institute for Fiscal Studies (IFS).

The increase in the state pension age took place gradually between 2018 and 2020.

Both are the highest seen since at least the mid-1970s and, at least in the case of women, very likely to be the highest rate ever in the UK, according to the research, funded by the Centre for Ageing Better.

In the most prosperous areas, female and male employment rates at age 65 rose more gently, by four and five percentage points respectively.

This almost certainly reflects the greater need for income at older ages among those living in poorer areas, the IFS said.

Jonathan Cribb, an associate director at IFS and an author of the report, said: “The sharp increases in employment have come in particular from those in poorer areas, and for those who have lower levels of education, suggesting that without a state pension they cannot afford to retire.”

In general, more than nine in 10 65-year-olds do not change whether they are in paid work at age 65 purely because of the higher state pension age, it added.

This is often because the majority of men and women have already left the labour market before they turn 65 and some others would have remained in paid work even if the state pension age had remained at 65.

The IFS said the research will be crucial evidence for Baroness Neville-Rolfe as she conducts the second independent review of the state pension age for the Department for Work and Pensions (DWP).

It also estimated that an additional 5,000 65-year-olds are unemployed and seeking work as a direct result of the increase in the state pension age from 65 to 66.

In addition, around 25,000 people are out of work for long-term health reasons, rather than being retired, as a result of the state pension age rising from 65 to 66.

Researchers also suggested there may be an “unmet desire” for many people approaching state pension age to be able to work part-time, or more flexibly, than they are currently.

Emily Andrews, deputy director for evidence at the Centre for Ageing Better said: “With the SPA (state pension age) set to rise further, the Government must get serious about meaningful support to help workless people in their 60s get back into paid work.

“Otherwise, this policy will further harm those who are already disadvantaged by an ageist labour market.

“And now is clearly the time to consider seriously what further financial support should be offered to those for whom work simply is not an option.”

Phil Brown, director of policy at B&CE, provider of the People’s Pension, said: “The report’s findings provide further evidence that reforms to the automatic enrolment system are needed.

“Lowering the £10,000 earnings threshold for auto-enrolment to £6,240, allowing 18 to 21-year-olds to join a workplace pension and making contributions count from the first pound earned will all benefit lower earners and enable more people to save money which will supplement their state pension in retirement.”

A DWP spokesperson said: “Older workers are a huge asset to companies and our multi-billion pound Plan for Jobs and 50 Plus: Choices offer are supporting older workers across the country to retrain, build new skills and get into work.

“Raising state pension age in line with life expectancy changes has been the policy of successive administrations over many years.”