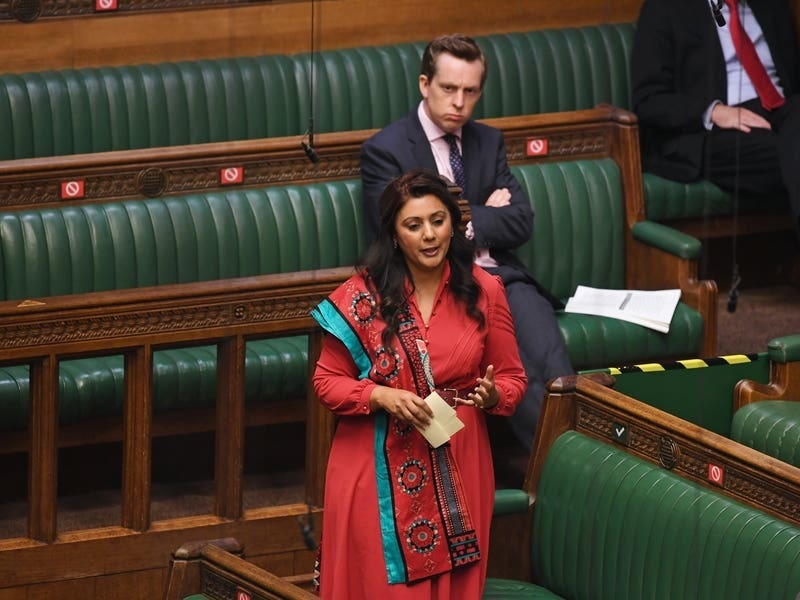 Nusrat Ghani has made headlines by claiming that she was demoted from the position of transport minister in 2020 due to her Muslim faith.

Speaking to The Sunday Times, Ms Nusrat said a Government whip told her that her “Muslimness” had been raised as an issue and an MP had said her faith was making others “uncomfortable”.

Chief whip Mark Spencer later identified himself as the whip Ms Ghani had spoken to but denied the substance of the alleged conversation.

Ms Ghani, 49, was born in Kashmir to Pakistani parents and grew up in Birmingham.

She worked in an investment bank, charities and the BBC World Service before entering politics. She is married with one child.

Ms Ghani stood in the 2010 general election for the seat of Birmingham Ladywood and lost, but was elected as MP for Wealden in East Sussex in 2015. She was the first female to win the seat and the first Muslim woman elected as a Tory MP.

After winning the seat, Ms Ghani said: “As the nation wakes up the Conservatives look to be on the brink of returning to government.”

“We have helped put our country back on track. Our party has taken bold steps and you have put your trust in us to finish the job.”

In 2015, Ms Ghani was appointed a member of the Home Affairs Select Committee. A Brexiteer, Ms Ghani in 2016 told the BBC: “Britain has a chance to vote for a bold, positive future as an independent country in control of its own destiny.

“We have the chance to liberate our economy from a declining corner of the world and spread our wings to the whole globe.”

Ms Ghani was appointed assistant whip and transport minister in 2018 under Theresa May. She was the first female Muslim to speak from the Commons dispatch box. At the time, then-Transport Secretary Chris Grayling told the BBC her promotion showed the Conservatives “were a party of opportunity”.

“We’re the party to provide… the first Muslim woman minister to speak from the government dispatch box – the member for Wealden,” he said.”

Ms Ghani wrote on her website: “A century after women got the vote for the first time, I hope that today young people can see that regardless of their background, faith, race, gender or sexuality, there will be a warm welcome on the green benches, and no matter where you are from you can achieve your dreams and ambitions.”

In 2020, when Ms Ghani was removed from the role, she was replaced by Kelly Tolhurst. Ms Ghani has said that she was surprised at the demotion, and the shuffle was reported in that light given she had been tipped to oversee the High Speed Two.

Ms Ghani is a steering committee member of the backbench Covid Recovery Group which opposed the December 2020 lockdown and has voted against other Covid restrictions.