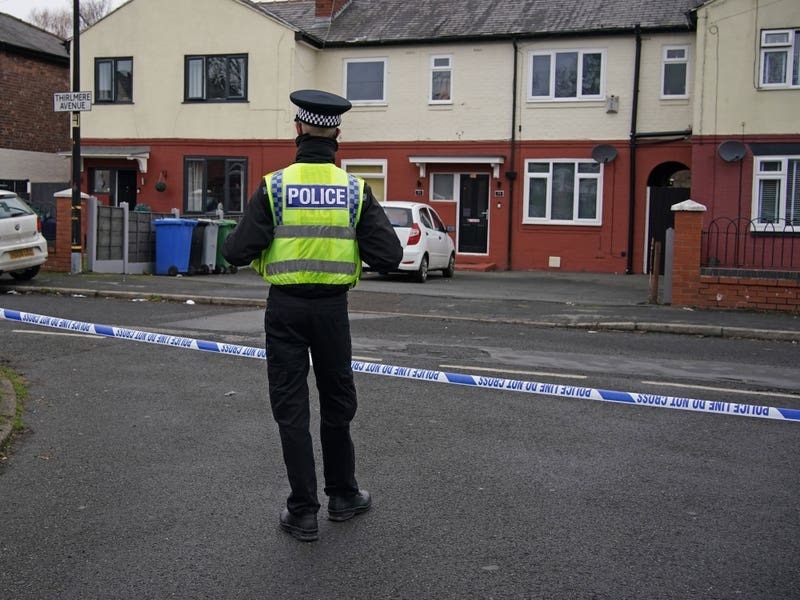 Four teenagers have been arrested on suspicion of murder after a 16-year-old boy was fatally stabbed on Saturday night in Manchester.

Greater Manchester Police (GMP) said four boys aged between 15 and 17 are in custody after officers attended reports of a teenager suffering stab wounds on Thirlmere Avenue in Stretford at around 7pm.

Paramedics treated the boy at the scene before he was taken to hospital where he died of his injuries.

A crime scene is in place at the scene and also at nearby Trafford Park train station.

Several officers were patrolling Thirlmere Avenue on Sunday morning, and a large forensic tent had been set up within the cordon.

He said: “Tonight a family has been left devastated by this tragic news and our thoughts go out to them at this most shocking and upsetting time.

“Specially trained officers will be there to support the boy’s loved ones, and extra patrols will remain in the area of this fatal attack so that the local community can speak to us about any concerns or information they may have.

“These are the very early stages of what is now a murder investigation, and a team of detectives will be working throughout the night and into tomorrow, and we will be following up a number of different lines of inquiry we have to ensure those responsible are brought to justice.”

Details can be passed anonymously to the independent charity Crimestoppers on 0800 555 111.